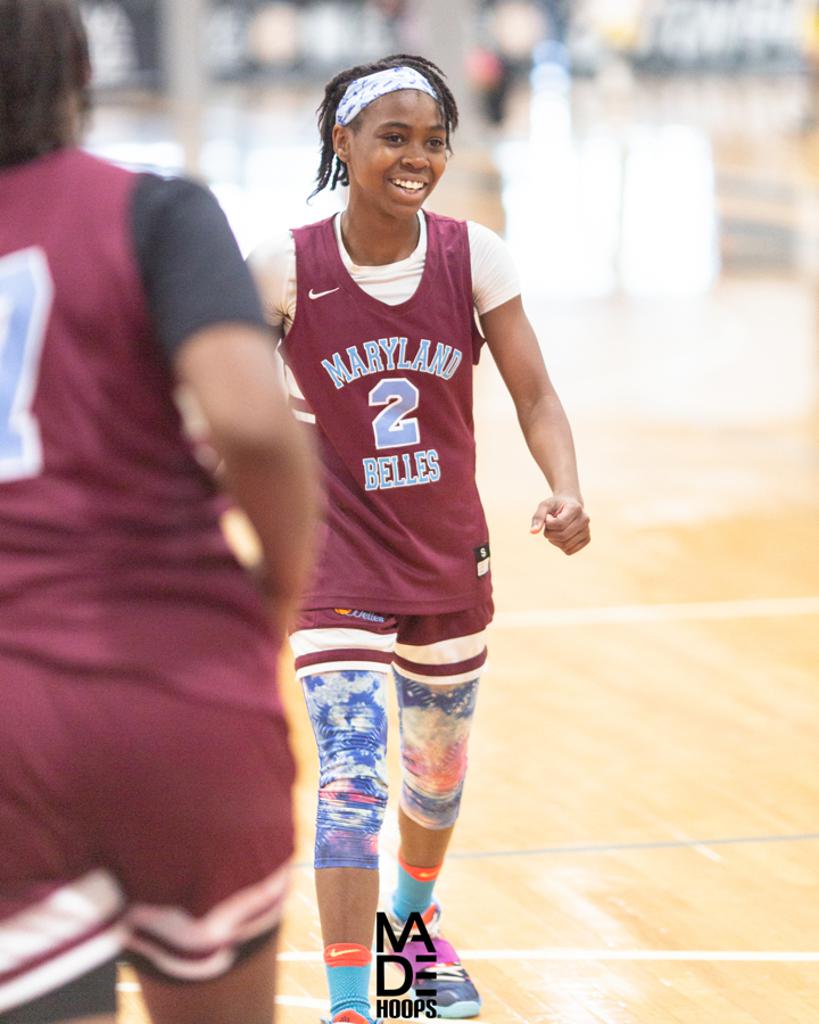 Sydney Sutton, Lady Tigers: I saw a lot of star power in Sydney throughout the weekend. She rebounds out of her zone as a guard, has a big frame, quick hands and feet. She's a matchup nightmare for everyone else. She is a name that you should continue to look out for.

Emma Nuquay, Lady Tigers: She is an acrobatic scorer who's calm and confident at all times. Plays at her speed and never plays too fast. She did a fantastic job of using her body in multiple spots to get easy baskets,

Maia Velazquez, New York Rens: She was scoring from all three levels with ease. She’s tall with a long wingspan and was a nightmare on both ends. She has great pace and scores with finesse. A ton of upside moving forward as she continues to grow.

Princess-Alexandria Moody, Team Takeover: She has one of the best motors I have ever seen. Every loose ball is going to her cause she’s going to flat out, outwork you. I was taken aback by her speed, until I was told she is also a track star. She is aggressive and is not afraid to take or give a hit.

Sydney Quinn, NJ Cardinals: She was excellent all weekend as she rebounded everything in her area and did not force anything. She was great at seeing what she was given in the post, and kicking the ball out for an easy jumper. Her tall, wiry frame made it easy for her to grab rebounds in bunches.

Meghan Yarnevich, Power Move: She is the most dominant player I saw all weekend. Her ability to dominate the glass, handle the ball and score from the perimeter made her a force that no one had an answer for. I see her as a big time prospect moving forward.

Zaniyah Williams, MD Belles: She is another PG who is lightning fast and can score in bunches. When she gets hot from three, thats a huge problem for the opposing team because she can be lights out. She is another girl who is playing up a grade.

Autumn Fleary, MD Belles: She is in my opinion the best point guard in the league. Really shifty, quick and confident is a recipe for being the most dangerous PG in the league. She has a quick jump stop floater which makes her game all the more impressive. She is another one who is playing up a grade. Get used to her name.

Taylor Williams, UPLAY/SK: Shows ability to score at will. Long armed defender who gets into the passing lanes. Rebounds well on both ends of the floor. High IQ when she draws two, she can find the open player.

Molly Rullo, Philly Heat: Traditional scorer. Her club runs the offense as practiced, and she scores well within the offense. She has ability to score off the screen, and is a consistent shooter. Finishes around the rim.

Amori Jarret, DC Premier Prime: Elite level scorer. Great ability to finish in transition. Finds her way into passing lanes on the defensive end with her lightning quick speed. Demonstrates a great pull up game off the quick first step.

Grace Lanier, New Heights: A quick point guard. Strong on ball defender with quick hands. Gets to the rim off a quick first step. Sees the floor well.

Continued to be the leader in this division after Session II with another undefeated record. Deniya Prawl continued her ability to see the floor and know the team win is more important, setting her teammates up to score in a variety of ways. Taylor Williams found ways to score all over the floor for this Canadian team, and was a difference maker when the game was close. Kamora Morgan is a real tough player for this club doing all the little things to produce a win.

Teams On The Rise:

This team is such a fun, exciting team to watch, and they will look to continue to climb and build on their 6-1 record going into session III. Led by dynamic scorer Emma Nuqay, she finds a way to make difficult baskets to stop opposing teams runs. Sydney Sutton continues to be one of the most difficult match-ups. Although she is a guard, she is able to rebound better than most posts in the league and has strong ball handing skills to get to the rim. Look for them to look to capitalize further in Virginia.

The Maryland club really plays a strong, uptempo style of basketball that has everyone involved. Megan Yarnervich can score in pretty much any way she is asked. She can knock down shots from deep, get to the rim, and finish the traditional three-point play. She is an avid rebounder who gets things going in transition for her club. Jordan Harding and Chanel Wright are two hardworking guards for this team that leave it all out there, proving the difference in their ability to win.