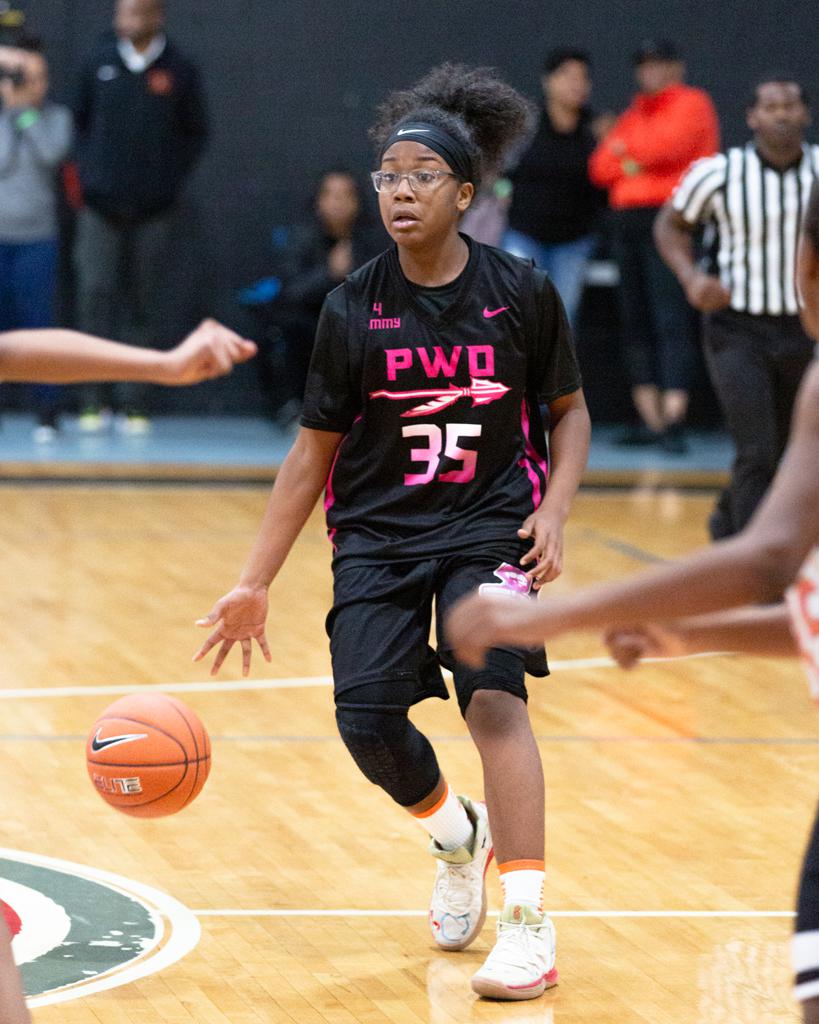 Amya Scott, K-Low Elite: A point guard with a lot of strengths. With everything she does, not all shows up in the scoresheet. She is extremely consistent for her team. Runs the floor well, with a high IQ. Plays her role on the defensive end of the floor. Small, but deadly quick.

Celena Grant, Queen City: She has ablity to score the ball consistently off great change of speed. She is also a strong defender on the press. Sees floor well in transition.

Julie Linesby, Princess Warriors: An all around tough player. Finds a way to recover loose balls. Has a quick first step to the basket. Likes to use a floater down the lane. Tough rebounder off of strictly wanting it more.

Carryn Easley, K-Low Elite: Young combo guard who showed a lot of variation. Has a strong mid-range game and is consistent shooter from deep.

Kaelyn Carroll, Bay State: Long and athletic, she has a bright future in this game. Shot-blocker that can finish around the rim. Stretches the floor on the defensive end. Gets tough underneath on both sides of the court.

Ava Black, Bay State: Great frame and is physical underneath the basket. Has a nice mid-range game and shows great anticipation on the defensive end of the floor, turning defense into offense.

Iyanna Bell, MD Shooting Stars: Continues to stand out as a very athletic player. Continues to show she can run the floor and finish in transition.

Diamond Fields, New Heights: Can take up the whole page writing about this quick, dynamic guard. She sees the floor well, and understands how to let the scoring come to her. Plays both sides of the ball. Bright future for the young NYC guard.

Kayla Navarro, NJ Pirates: A dynamic scorer who at times has carried her team on her back to stay in games. Has a great finish off change-of-speed dribbles to the rim. Uses the floater effectively.

Serenity Downey, Harlem USA: Plays the game like a true New York City guard. One-on-one she finishes effectively around the rim. Gets the traditional three-point play completed from the free-throw line.

Thori Woodley, Team Takeover: A strong post who continued to show a strong upside. Has a rebounding ability on both ends of the court. Finishes putbacks on the offensive end on both sides of the rim.

Jaida McClure, Queen City Ballers: Continues to perform at a young age. Has her signature hesitation move to the rim. Consistent shooter from downtown.

Continued to play an uptempo style of basketball leading them to a continued undefeated record. This team is dangerous in transition. What is nice to see is their ablity to switch it up on the defensive end. There were times that they sat back in a 2-3 zone, but were able to still play there pace in the open floor. Saniyah Washington, Carryn Easley, Amya Scott & Maya Johnson are all strong guards for this club. They interchange well and will look to continue their undefeated record down in Boo Williams come February.

Bay state continued to keep their undefeated streak going after the second session. The improved play of Kaelynn Carroll really helped this club. Her length and ability to protect the basket really was the difference at times. Jaelynn Scott continued to be the x-factor playing hard all over the floor. This team continues to play smart basketball and grow, and will look to peak come March.

Teams On The Rise:

This team is typical of what the Maryland Shooting Stars are known for; athletic, strong players that will work hard on defense and turn that into offense. They are led by an athletic, high level player in Iyanna Bell and really use defense to create their offense. Chase Robinson, Shayla Garbett, & Tatyanna Fields are all hardworking guards that truly believe in the system. They will be dangerous come session III.

This is a team that looks better and better every time they hit the floor. They have a strong guard duo in Jaida Guerra & Diamond Fields. These two really play off each other well and are strong defenders both on and off the ball. Yohangeli Guzman is a hard-working blue collar player for this club. They will look to continue to lead their team going into session III, and to continue to climb the rankings.