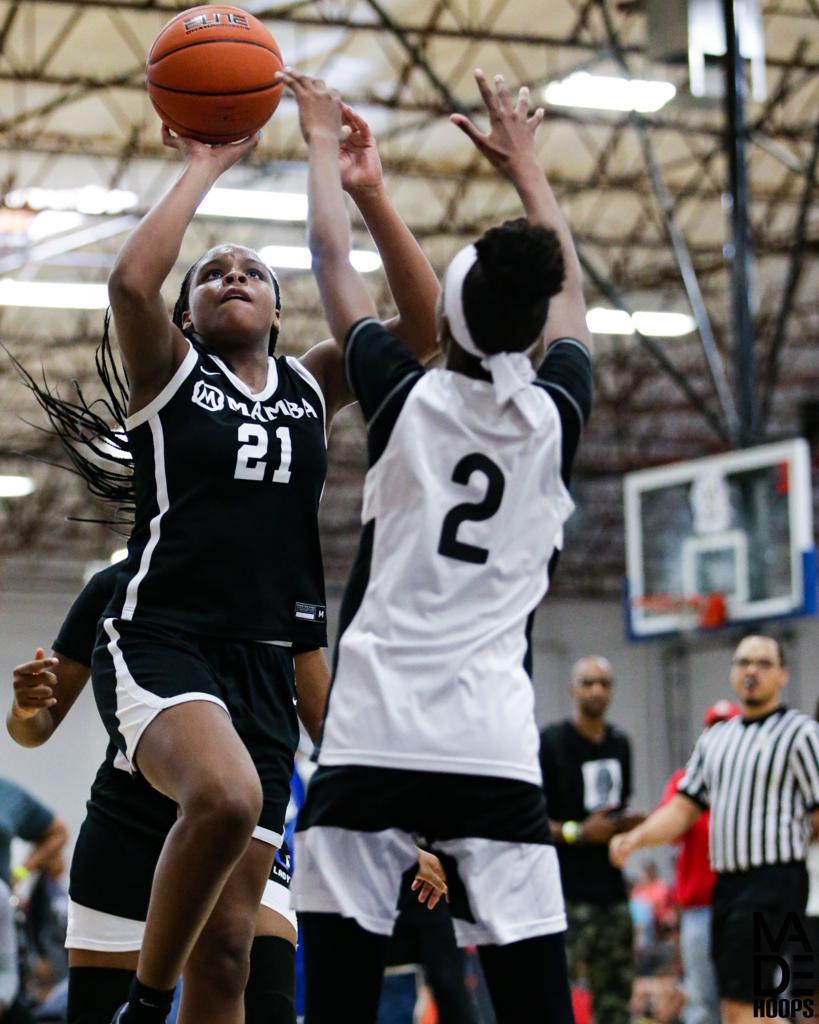 Mackenly Randolph, 2024 Mamba: Simply put, she was one of the most dominant prospects in the gym over the weekend. The daughter of former NBA player Zach Randolph, not only does she physically resemble her father, but has a similar playing style as well. She has impressive footwork, can score around the rim, and has shown that she can stretch defenses with a perimeter touch.

Kiara Williams, 2025, Vegas Bulldogs: She really knows how to run her team, and shows excellent court awareness. Even more impressively, she is a 7th grader who plays up in the 8th grade division. She's easily one of the best playmakers in the division, despite being one of the youngest.

Lauren Crocker, 2024, UPLAY Genesis: A physically imposing frontcourt prospect, she was consistent throughout the weekend, not only showing nice footwork in the low block, but proved she could be a volume scorer for her team as well.

Leila Boykin, 2025, We R1: A leader for her team throughout the weekend, she was instrumental in their post success, proving to be a reliable finisher around the low block, as well as a solid defender.

Divina Williams, Rose City Lady Rebels: Talk about a tough player! Not only is she a talented scorer, but she's a team leader who knows how to get it done on both ends of the floor. We're excited to watch her even more in session two!

Abrianna Lawrence, 2025 Rose City Lady Rebels: The talented guard was a proven scorer throughout her debut while playing in the West Rose League. She knows how to move without the ball, and demonstrated an impressive shooting touch throughout the weekend.

Naomi Panganiban, 2024, Lady Soldiers South: Naomi is an impressive talent from the point guard position. She not only knows how to set up her teammates, but she proved that she could produce multiple high scoring performances as well.

Brooklyn Shamblin, 2024 Cal Storm: Proving to be a prospect who knows how to put the basketball into the basket, she had no issues reaching double-digits throughout her weekend of play. She also showed nice defensive versatility on the floor as well.

Kennedy Smith, 2024, Cal Sparks: A supremely skilled guard/forward, she's as versatile as it gets in the league. She's not only a talented scorer, but she's an active offensive rebounder, shows strong post moves, and consistently runs the floor.

Olivia Leung, 2024, UPLAY Genesis: Young for the class, we're really excited to see how her development plays out. She showed over the weekend that she's more than capable of putting the ball into the basket, especially when shooting from the mid-range.