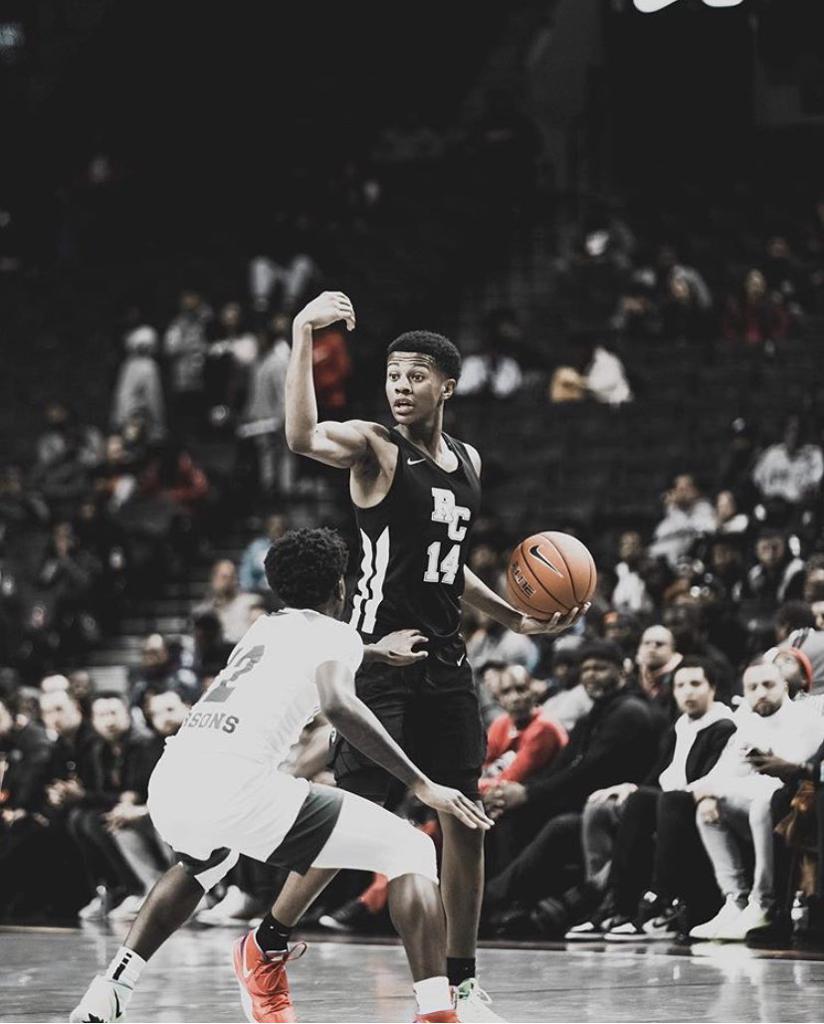 Class of 2023 6’4 combo guard Simeon Wilcher is a Top 20 player in his class. Hailing from New Jersey, his humbleness is what is keeping him motivated. His older brother CJ Wilcher, who is a freshman at Xavier and was a four-star player himself in high school, has helped lay down the foundation for Simeon and now it’s his turn to explore his talents.

He credits his parents for being the biggest factor in his success, citing them as his support group. He also got to see his older siblings go through sports and that is what made him fall in love with the game.

Wilcher said, “I’m able to stay humble because my parents instilled in my head, as quickly as it comes, it can all go away. I’ve seen tons of players who were ranked high in 8th and 9th grade who don’t reach their full potential and I’m not trying to be one of those guys, so I make sure I work every day and try to be better than I was the previous day so I don’t have to go through that.”

Most recently, he been offered by Miami, UConn, Kansas, and Morgan State, adding to an already impressive offer and interest list. He said, “They all expressed to me whenever it’s my time to commit, I will be able to. They are all building a relationship with me because they know it’s early in my process."

He has begun his sophomore year at Roselle Catholic and has high expectations for himself. Wilcher acknowledged he models his game after Shai Gilgeous-Alexander and Ja Morant. Throughout 2020, he's been in the gym relentlessly working on his craft.

“I feel my freshman year went well. I could have been better but during the quarantine, I’ve been working on improving things I lacked last year like shooting off the dribble and improving all my strengths so I can have a blow up year. I want to also improve my post-up game when I have a smaller defender on me, since I’m a bigger guard, and while I’m posting up I can put my teammates in position for them to score.”

Wilcher planned to play with the PSA Cardinals 15U before COVID-19 hit, and he believed they had the best chance to win Nike Peach Jam. He’s an unselfish player, a motivated young man that wants to win and put in the work needed to do so. He is excited to see himself and his teammates flourish in his sophomore season and beyond.

In his free time, he enjoys hanging out with friends and family, go to football games, and enjoys playing video games like Fortnite, Madden, and 2K. His favorite food is chicken alfredo. If he could play with an NBA player right now, he said it would be LeBron James.