2022 G Nick Smith Jr. Has His Sights Set On The Big Picture 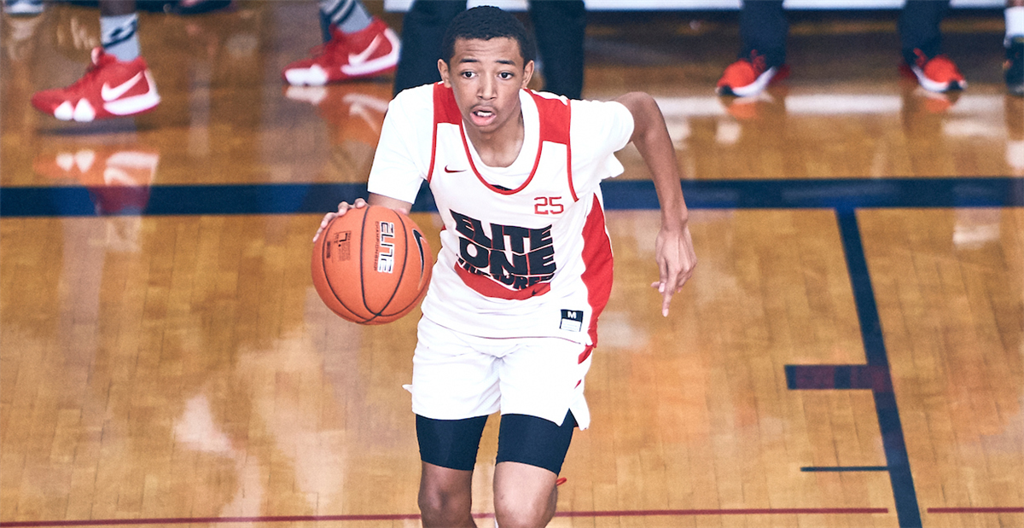 Nick Smith Jr. has one goal that he wants to reach, and that’s playing in the National Basketball Association. Smith is a junior 6’4 shooting guard hailing from Arkansas. He attends Sylvan Hills High School and plays for Bradley Beal Elite during the EYBL season.

Smith started taking basketball seriously around the seventh grade, and one thing he attributed his success to is playing with older guys when he was growing up.

“Where I’m from and the neighborhood I was playing in, you had to earn everything. It was some days I wouldn’t even get on the court and still to this day, it still drives me to be a better player.”

When Nick finished his freshman year, he was ready to take things to another level. At that point, it was about choosing the right program. That's when Bradley Beal Elite recruiter Eric Long went and watched Smith play, and the relationship began.

“I was telling myself this BBE opportunity was something I couldn’t pass up, especially after watching Moses Moody play, that helped a lot because everything he was doing I was paying attention to.”

Summer EYBL was cancelled this year due to Covid-19, but that didn’t stop Smith one bit. He really focused on ball-handling and shooting off-the-dribble more. He’s a junior now, and his main goal is to be a state champion. He would love to be Arkansas Gatorade Player of the Year, but if he doesn’t get it, he won’t be frustrated as long as he wins a championship!

He’s a top 50 player in the country, and holds numerous offers. His biggest motivation is the people who doubt him and his abilities.

“Everything drives me. Everything everyone says I can’t do. Not saying I care what they say, but I just use that as motivation to push myself even more.”

He doesn’t have a current timeline right now when it comes to picking what the next step is for him. He’s just hearing everyone out right now, then his senior year is when he will take things a little more seriously. The biggest thing he’s looking for in a school is someone who will help mold him into being a pro. He really watches and takes things from NBA pros Bradley Beal and Devin Booker because he feels that he plays similar to those guys since they are smooth, quick, and can score anywhere.

“I’m looking for a school that will win and develops my game to be a pro."