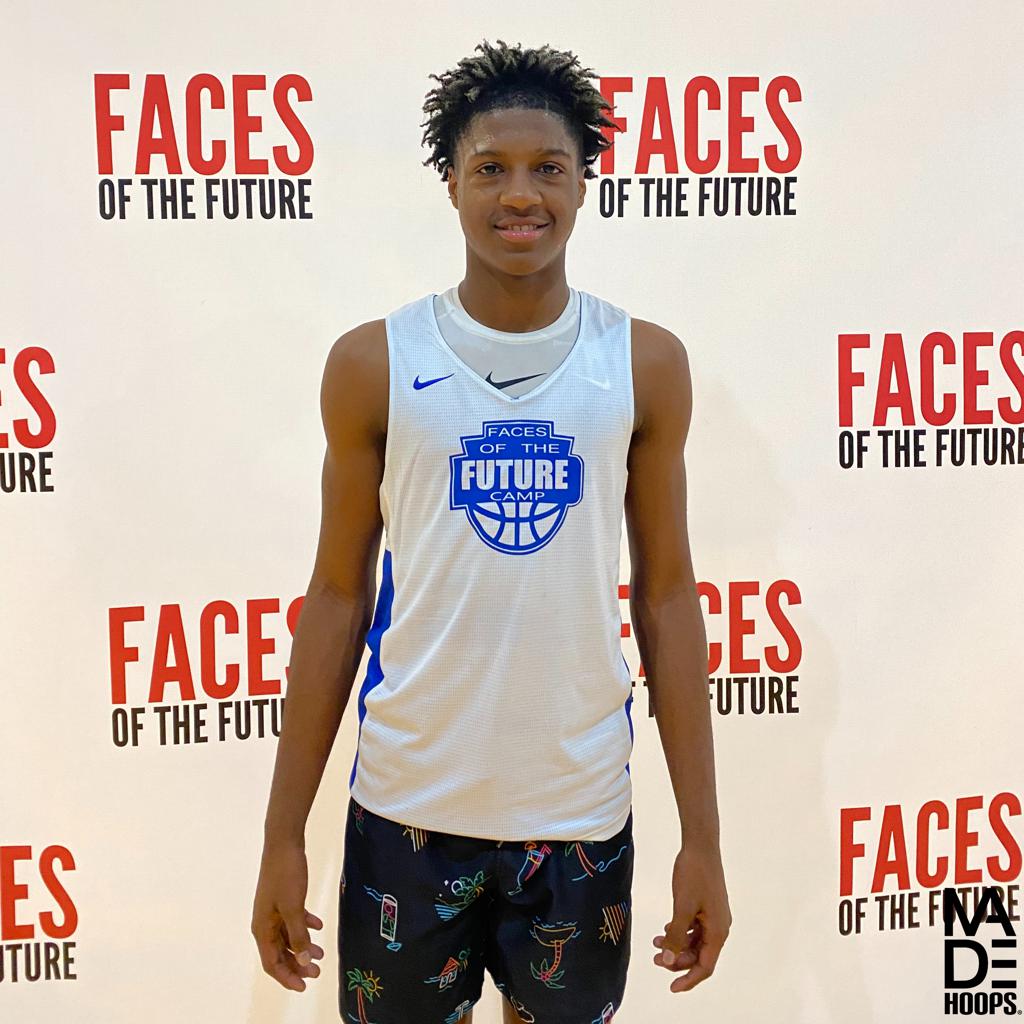 When you’re around the world of basketball, you find out there’s just some players that have that “it” factor. The natural tools, the size and athleticism, the refined skill set that will make your jaw drop. Some players have it, most players don’t.

One of the players who has those gifts already is 2025 guard Jamier Jones.

“I believe it’s my ability to score,” Jones said, when asked what makes him different than the average player. “I can score at all three levels.”

“It was fun,” he said. “I played with a bunch of other guys that were good. It was very fun. We did good as a team, but I thought we could have done better, though. The competition was very tough.”

The 6-foot-5 guard — who models his game after Ja Morant — said that he has been staying in the gym a lot trying to work on his shot, getting shots up and continuously working on his form.

Jones was a standout at last week’s ‘Faces of the Future’ Camp and here is what MADE Hoops’ Rob Noonan said about him following the event:

“Has been taking the country by storm with his elite athleticism, skill and matured physical frame. I have not seen many 8th graders this early into the year take over the game and play above the rim like him in quite some time. The 6’5” CG presents mismatches from all 3 levels due to his versatility and three level scoring. His physical tools allow him to get where he wants, when he wants, and he is going to finish above the rim. He is going to continue to rise as a the premier national talent in the country.”