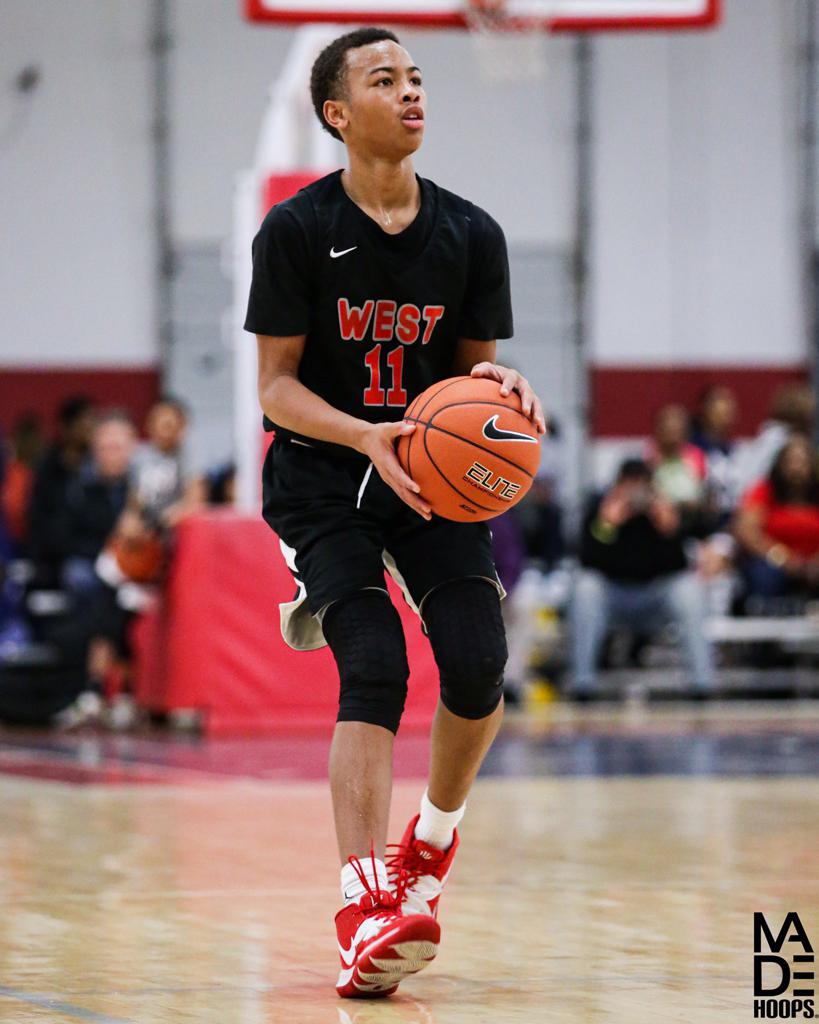 Las Vegas Liberty HS (NV) point guard Dedan Thomas Jr. is one of the best point guards in the country for his class. The 6-foot freshman already has offers from UNLV and LSU and is well on his way to many more, as he’s one of the more well-rounded playmakers you’ll find in the class of 2024.

“I think what separates my game from most point guards is that I play smarter than most guys,” he said. “I play with a fast tempo and push the ball up the court. I can score the ball and get other people involved as well. I can do it all.”

Dedan’s father, Dedan Sr., played for UNLV back in the early 90’s, averaging over six points and six assists for his career. Having already gone through the process himself, Dedan Sr. has been an enormous help as his son starts to navigate the high school basketball process and the recruiting scene.

“He’s helped me a lot,” said Dedan Jr. “This goes into me having a higher basketball IQ. He was a point guard at UNLV, so he’s basically taught me everything that it takes to be a true point guard and how to run a team."

“We watch a lot of basketball together as well. High school, college, NBA. We watch all of it. In the bubble, I watched Damian Lillard a lot. He was killing it in the bubble and he’s been killing it all year. I watch LeBron a little bit, too. Really, just those two. I watch a little bit of Kyrie as well.”

Get ready to hear a lot more about Dedan Jr. as he gets ready to set the high school scene ablaze.