2023 Star Mookie Cook Puts On For His City 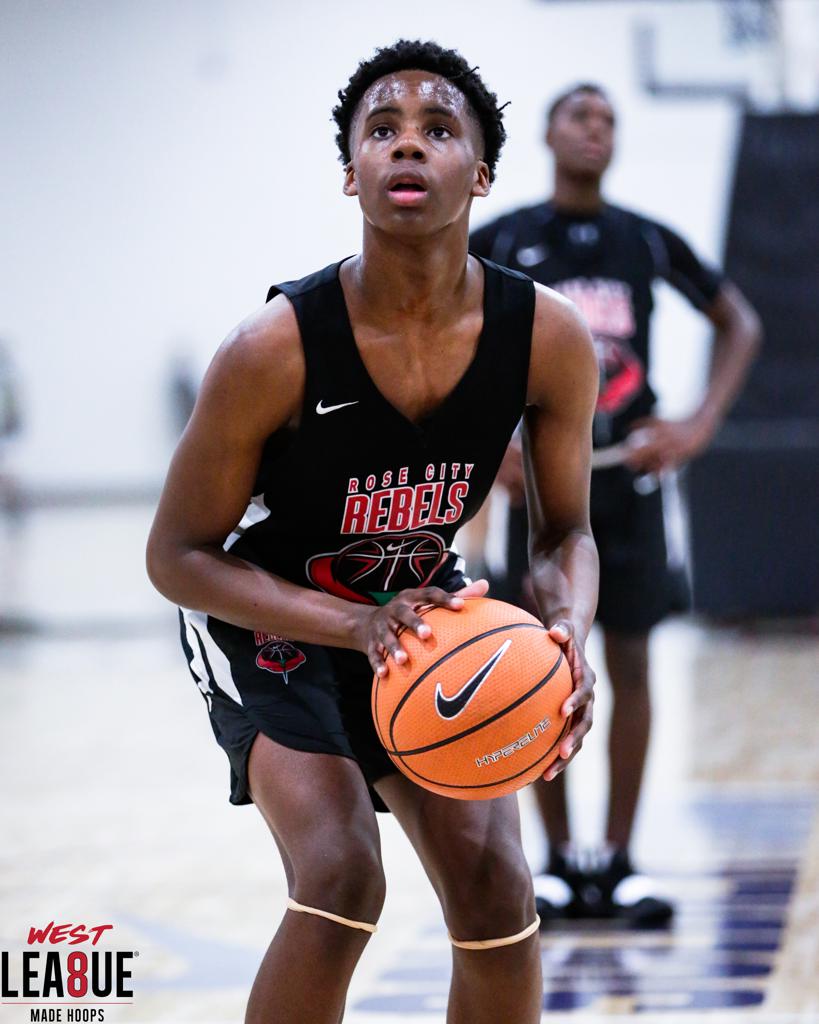 You’ll be hard pressed to find many more promising young basketball prospects better than Portland, Oregon native Marquis ‘Mookie’ Cook. The 2023 wing has an elite skill set and an electric personality to match. He’s often the best player when he steps on the court and he knows it, lacking zero confidence.

“What sets me apart is that I play both sides of the ball,” he said. “I play hard on both offense and defense. I can stop someone then come down on the other end and do what I do. My playmaking helps as well. Just being versatile and being able to play different positions.”

Cook gives credit to the MADE Hoops West Coast Winter Circuit for his meteoric rise to the top of the rankings.

“That’s what blew me up,” he said. “That league is what got me some of my exposure. It was great. There was great competition every game and that’s kind of where I grew. I had a couple of highlight plays as an eighth grader, dunking on people and making people fall. We were undefeated in the West League until the championship weekend.”

The five-star wing loved his time at the 8th Grade Finale as well.

“That was dope,” he said. “Combining the east and west coast teams, you can definitely see who the best players are there.”

The 6-foot-6 wing leads an impressive recruitment already heading into his sophomore season. He has been contacted by schools such as Oregon, Kentucky, Memphis, Washington, Arizona State, USC and Gonzaga. He will have the ability to handpick whatever school he wants nationally by the time he’s a senior.

Being from Portland, the basketball culture is something that nobody can deny. With Cook, he’s fully embracing it and putting on for his city in any way he can.

“It’s definitely a vibe,” he said. “The whole city vibes and shows love every game. I definitely rep the city. Not many people can say they made it out of Portland, but I’m trying to be one of them."

“When anyone asks me where I’m from, I say ‘Portland, Oregon’ and then go showcase my talent and let them know that we have talent out here. When you go down south or somewhere like that, not a lot of people know about Portland basketball. You’d be surprised.”

He also wants his name to be mentioned in the same breath as those guys a decade from now.