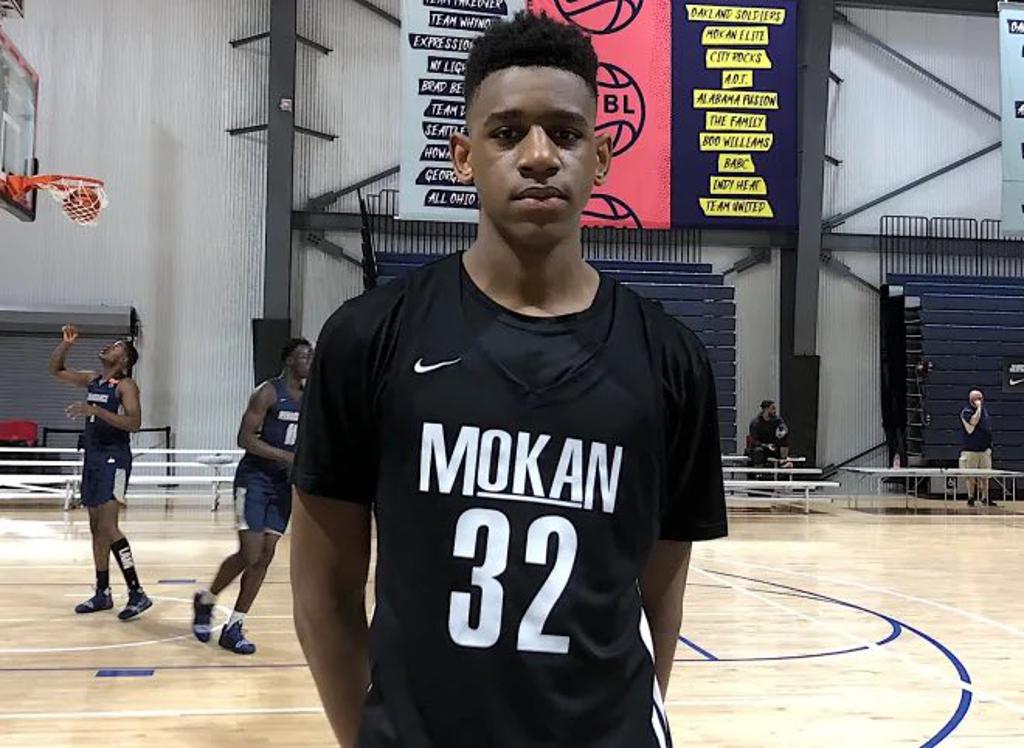 Class of 2022 prospect Tarris Reed Jr.  is a 6’9 power forward hailing from St. Louis, Missouri. He attends Chaminade College Prep which is also the home of David Lee, Bradley Beal, Jayson Tatum, and Tyler Cook, among other talented guys who started their playing careers there. Reed is a junior now and ready to handle business and have his name hanging in the gym like the guys who came before him.

He was very diligent this summer to improve his game even though COVID-19 eliminated his chances of playing in the EYBL last summer with MoKan Elite. That didn’t stop him from working. It actually made him hungrier to get better.

Reed began his junior year campaign earlier this month when his team started official practice. The Chaminade Red Devils will be one of the best teams in the state of Missouri regardless of class, and Tarris will be the focal point. As a sophomore, he averaged 15 points & 9 rebounds while shooting 60% from the field and 47% from the three-point line. His footwork is impressive down low and he can step out and shoot the three.

“It’s honestly a blessing to be back on the court. This summer was unprecedented, gyms were shut down for a long period of time. It was hard to find an open gym. This year’s goal is the state championship. It’s been on my mind for the longest. When I’m finished with high school,  I want to have two state titles!”

“After talking with all the schools, they see me as that 4 / 5 man that can dominate in the paint and create on the perimeter. They also see me being able to take advantage of mismatches, using my skill set to become a matchup nightmare.”

He has a big decision on his hands whenever he decides to pick a school. After this season he will have even more suitors that would love his services at the next level, adding to the long list that is already on him.