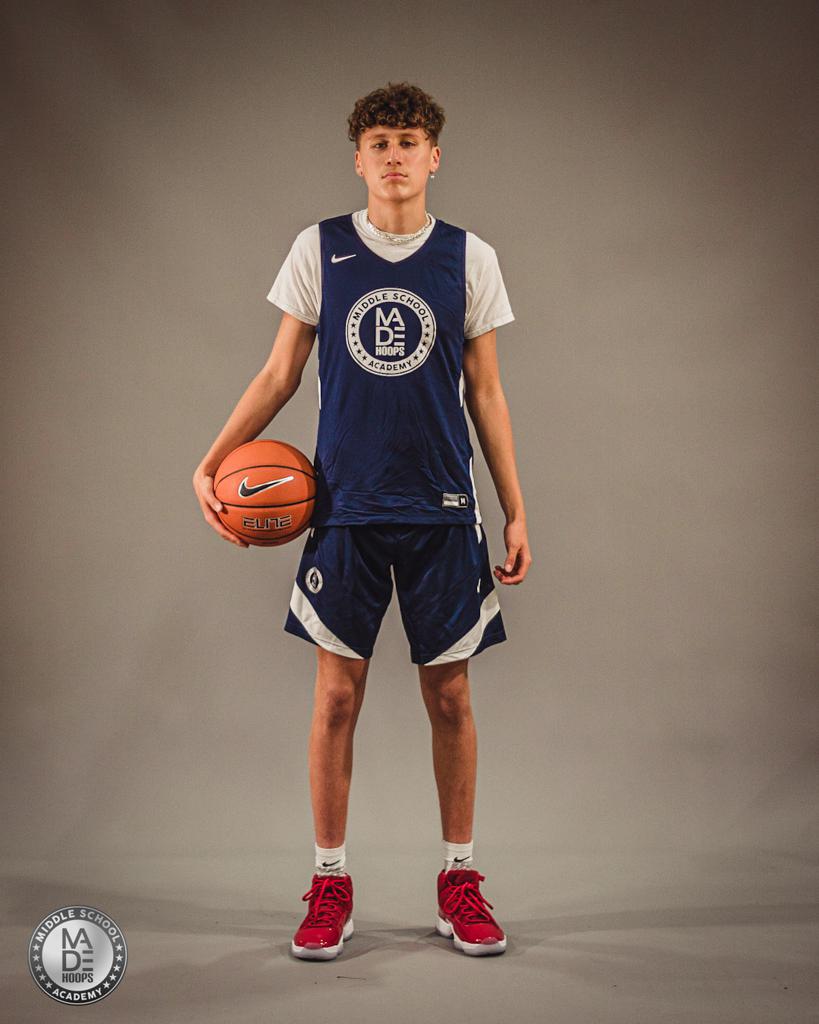 MADE Hoops Middle School Academy Camp took place last weekend in New Jersey, and as usual, it didn't disappoint. A number of talented players stood out, and both camp all-star games showcased some of the best up-and-coming talent from all over the country.

Daniel Lovato, Forward, New Mexico: Lovato first broke onto the scene in this winter’s West Lea8ue and has steadily improved since. He was one of the more intriguing long term guys in camp and continues to expand his game to the perimeter. New Mexico is on the upswing when it comes to churning out talent, and Lovato looks like a future division one player.

Amari Evans, Wing, Pennsylvania:  Another player who stood out in a Lea8ue this winter, Evans was one of the breakout stars of the East Lea8ue. An athletic and active wing who can get hot quickly, Evans looks like he will be one of the top players in PA for years to come.

Mekhi Ragland, Post, New Jersey: Ragland has steadily improved his touch around the basket, footwork, and conditioning over the past several months. Standing at 6-foot-8, he has grown a bit as well. Ragland is a throwback big man and a talented post scorer.

Amari Davis, Post, Florida: Davis made the most of his opportunity at camp, proving himself to be one of the top post scorers and rim protectors in camp. He gets off the floor quickly and uses his strength to his advantage around the rim. Davis also showcased the ability to knock down shots from the foul line area when left open.

Sam Fleming, Forward, Massachusetts: Another really interesting long term prospect, Fleming’s athleticism and ball skills early give him a lot to like. He was at his best attacking the rim from the high post and the wing, and threw down a couple of impressive dunks over would-be defenders. There’s still plenty of room for development with him, but the upside with Fleming will give him a chance to be a high-level player moving forward.

Darius Adams, Wing Guard, New Jersey: One of the more pleasant surprises of camp, Adams was effective slashing to the rim and certainly put people on notice throughout the weekend. It will be interesting to see how he develops in the coming years.

Jayden Forsythe, Wing Guard, New York: It’s early, but Forsythe looks like one of the top players in the state of New York for 2025. A bigger and physical guard who’s comfortable playing with the ball in his hands, Forsythe should be a factor for Poly Prep throughout his freshman year and beyond.

Jayden Davis, PG, Pennsylvania:  Davis is a quick and heady lead guard who is deceptively strong as well. He showcased his innate scoring ability as well as the ability to run the offense and get his teammates involved.

Nigel Pierman, Post, Pennsylvania: Pierman was one of the more effective post scorers on Saturday, finishing a number of nice passes from his guards as well as being a factor on the glass. He has the tools to play at the college level as long as he continues to progress and expand his game.

Ace Flagg, Post, Maine: Flagg continues to come into his own, expanding his offensive arsenal while being a factor around the rim on both ends. He plays very hard and rebounds at a high rate. There’s been a ton of hype around his twin brother Cooper, but Ace is certainly deserving to be acknowledged as a high level prospect as well.