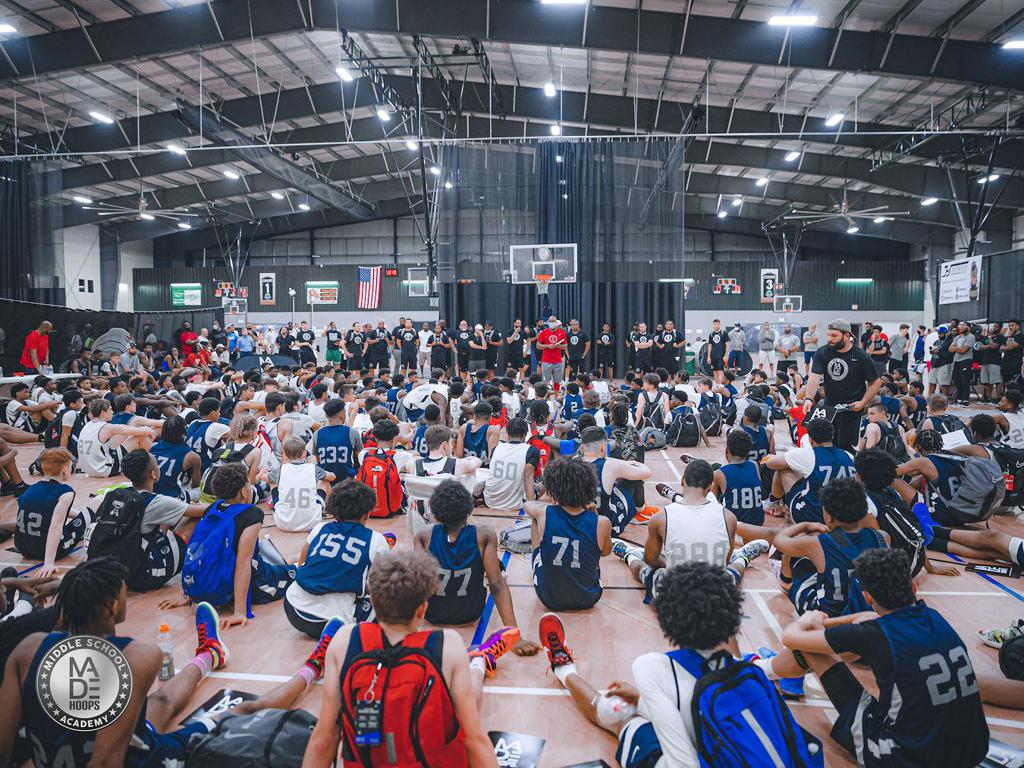 Cory Alexander speaks to MSA campers to open the camp on Saturday morning.

Pitman, NJ - The 2021 MADE Hoops Middle School Academy East Coast Camp has a rich tradition of attracting the top 8th grade talent from the across the country. This year was no different, as prospects from nearly 30 states traveled to New Jersey in order to test their mettle while learning from some of the top coaches and trainers on the East Coast. With a number of nationally known and respected 2025 prospects in the gym, we not only saw guys who backed up their reputations, but many more who bloomed on the biggest camp stage in middle school hoops. 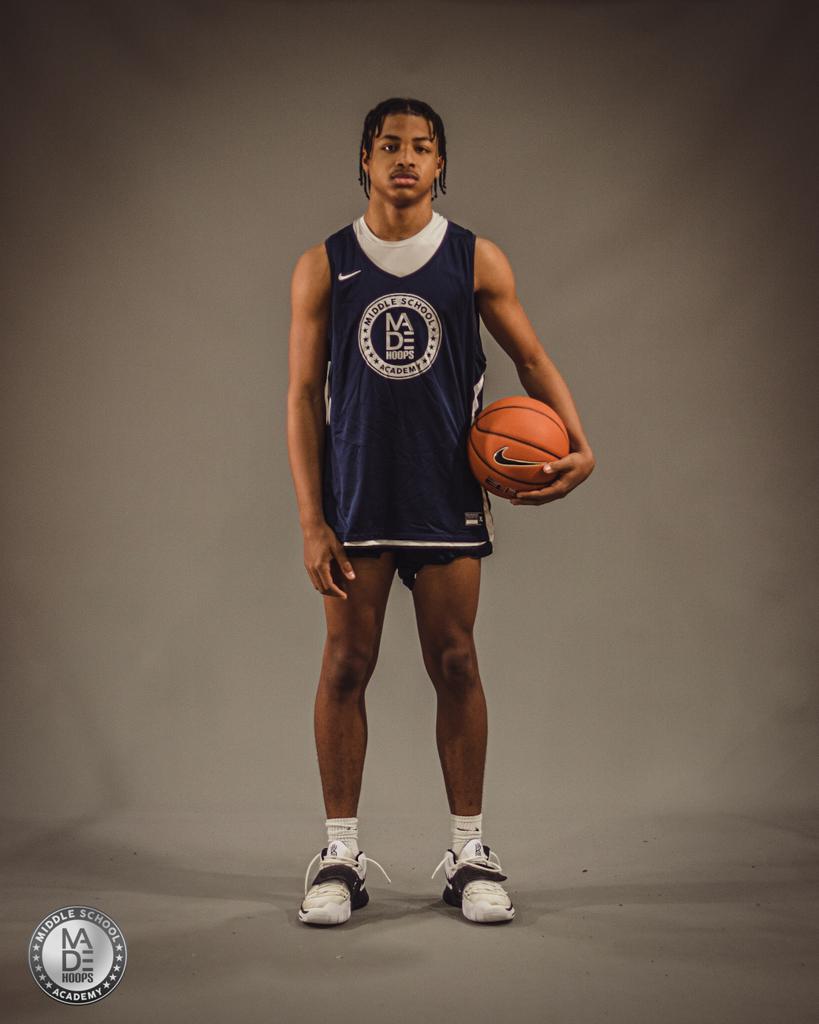 Coming into camp, several 2025 prospects had already solidified their elite status while using the MADE Hoops platform during our winter and spring circuits.

A player who has gotten better by the month it seems is Pittsburgh wing prospect Amari Evans. A sturdy 6'4", he created his reputation by using his strength and physicality to bully defenders on the offensive end. He did that again at camp, and then some, as he had the camp coaches and evaluators buzzing with his play. From a production standpoint, he was the most dominant player in the gym.

By now, we've already sung the praises of Newport, Maine native Cooper Flagg. Quite possibly the #1 prospect in the entire country, the 6'7" wing forward continued his string of dominant events while playing on the biggest stage.  A highly skilled, confident player who is always up for any challenge, he competed all weekend while showing his complete package. Staying home this fall at Nokomis High School, him and 6'6" brother Ace will make quite an impact on the Maine high school basketball scene.

New York Lightning prized 6'9" big man Badara Diakite  also had an excellent winter and spring, and was even more impressive during camp. Sure, he should be a major impact player at his size with his athleticism at the middle school level, but it has been his perimeter skill development that impressed me the most at camp. At one point in the all-star game, he curled off a screen, catching beyond the three-point line before turning and firing in one seamless motion, where it hit nothing but the bottom of the net. The degree of difficulty was high, and at this rate, so is his ceiling. 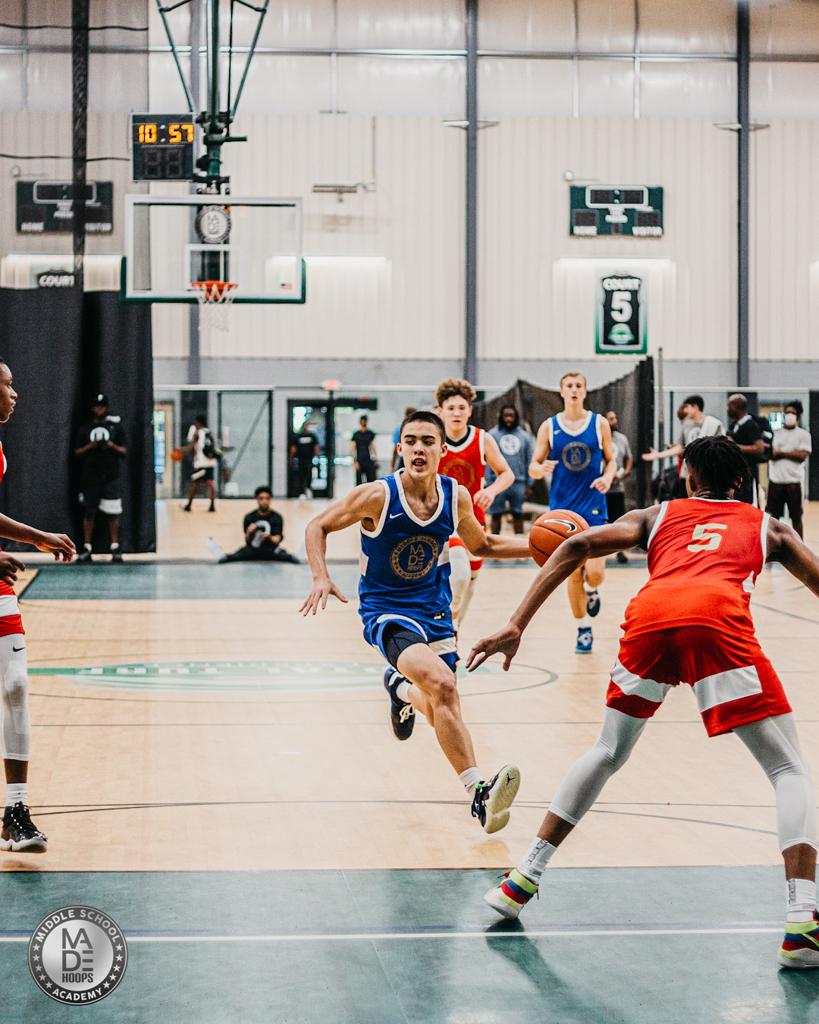 One of the coolest things about the reputation that our MSA East Coast Camp is that in three short years, it's become a national destination for high level middle school talent. The 2021 version had some very cool storylines in terms of geography.

There's no better place to start than with Honolulu, Hawaii point guard Jason 'JJ' Mandaquit Jr. After bursting onto the radar with his Sons Of Hawaii team during our West Lea8ue this winter while proving to be one of the most talented 8th grade point guards in the country, the 6-footer made the 4,913 mile trip to Pitman, New Jersey to test himself against a new group of talent. He took care of business, being named to the MSA East Camp Top 20 All-Star game while showing off his high IQ and impressive feel for the game.

Traveling 2,840 miles from his home in Seattle, Washington, 6'3" wing guard Legend Smiley also had himself a heckuva camp. One of the best shooters that I've seen so far this cycle, he was dialed in from distance throughout the camp.  The son of former Seattle Garfield High School star and USC Trojan Roydell Smiley, his skills should continue to bloom as he embarks on his high school career in one of the most basketball crazed cities in the country.

Another camper who made the trip to test himself against the best was New Mexico product Daniel Lovato. At 6'5"+, the bouncy forward is a rising star in Albuquerque, a city starting to produce more talent on a regular basis. His combination of motor, finishing ability, athleticism and defensive awareness helped make him a Top 20 All-Star selection. 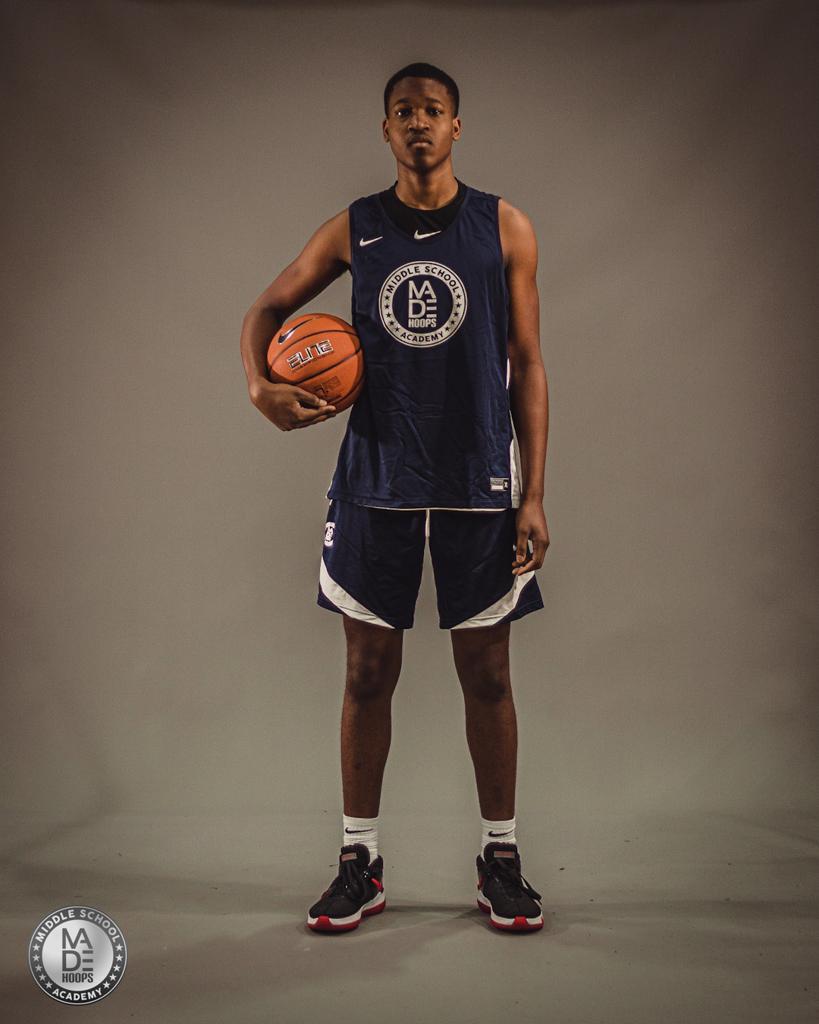 One of my favorite aspects of camp is getting to see certain prospects put their name onto the radar. Sometimes, all it takes is an opportunity, and on our platform, kids are in control of their destiny. While camps can have a negative connotation when it comes to an evaluation setting, getting to see some guys pushed out of their comfort zones at MADE Camp and out of their usual roles can also help show what some guys can really do. At 2021 Middle School Academy Camp, there were several guys who really impressed me as *BREAKOUT* guys...

The Sunshine State gave me one of my best gifts this year in talented but inconsistent 6'6" forward Amari Davis. Playing this winter with E1T1, he had some nice moments, but I chalked him up as a kid who would take a big longer to develop his skills. Well, at camp, he showed exactly how talented he is. He not only did damage around the rim with his soft touch, but showed consistent mid-range ability while playing above the rim. Playing with an effortless, smooth style at camp, he seized his opportunity.

The Team Melo program has a standout guard of their own in 2025 6'0" point Davin Chandler. Prior to the camp, we heard good things about the Delaware product, and at camp he more than held his own, making the Top 20 All-Star Game. An athletic point guard, he makes all the right reads, and plays an unselfish brand of basketball. He showed excellent rebounding instincts from the perimeter, and caused problems for defenders in transition. It was my first viewing of Chandler, and I came away very impressed.

What I had been waiting for all winter finally arrived at MSA East Camp. Sam Fleming owned the platform, turning the tantalizing flashes into more consistent production on the inside. The lanky and athletic 6'7" forward put pressure on the defense all weekend with his length and activity around the rim, finishing plays and rebounding on both ends. In my opinion, the best aspect of his game is his passing ability, which bodes well for his future as he puts the rest of his game together. 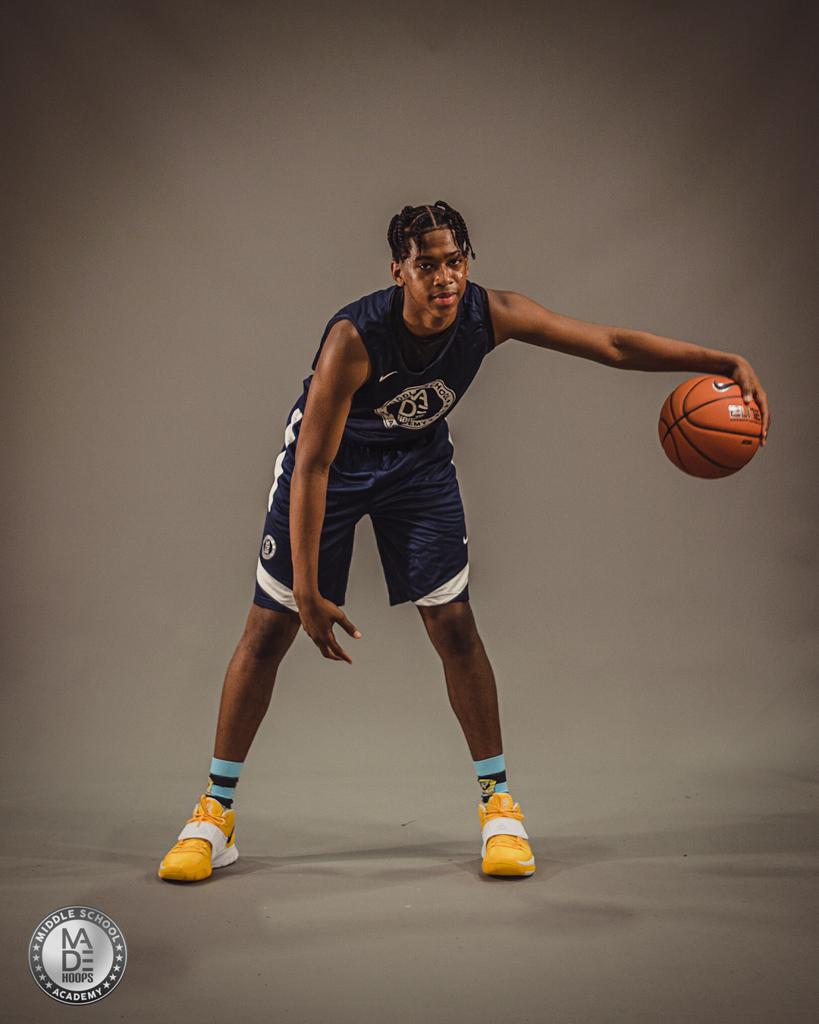