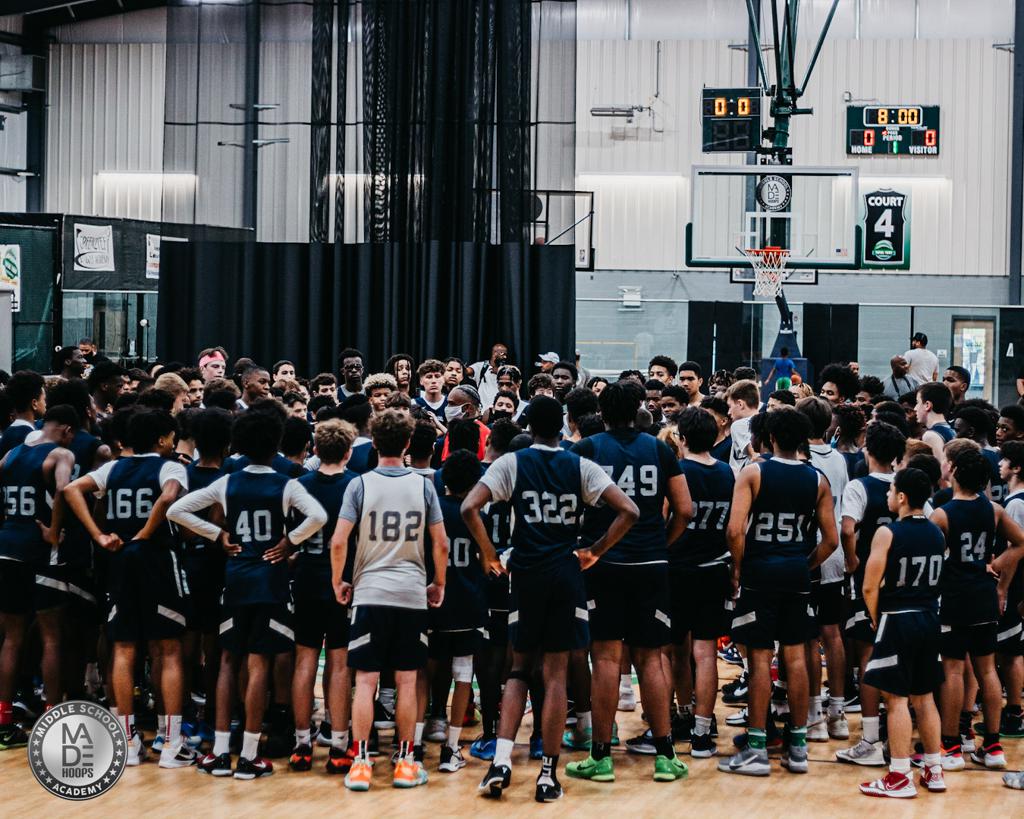 Cory Alexander speaks to MSA campers to open the camp on Saturday morning.

Pitman, NJ - The 2021 MADE Hoops Middle School Academy East Coast Camp has a rich tradition of attracting the top 7th grade talent from the across the country. This year was no different, as prospects from nearly 30 states traveled to New Jersey in order to test their mettle while learning from some of the top coaches and trainers on the East Coast. With a number of nationally known and respected 2026 prospects in the gym, we not only saw guys who backed up their reputations, but many more who bloomed on the biggest camp stage in middle school hoops. 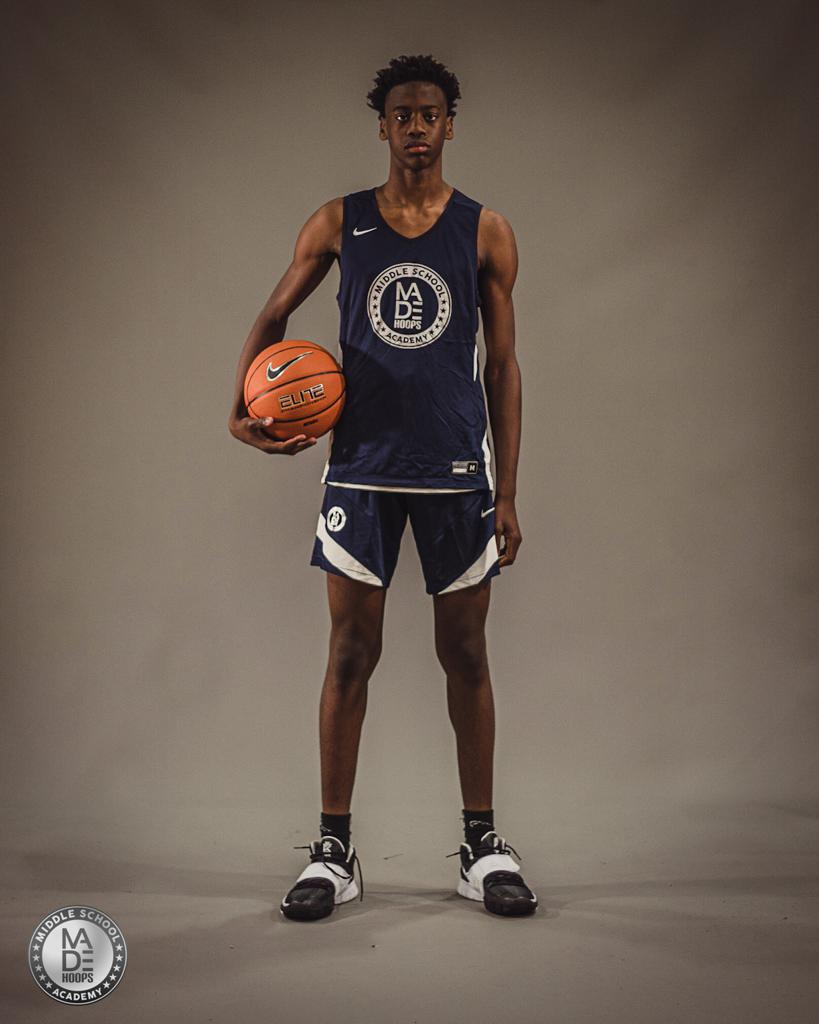 The 2026 Camp Group Was Loaded

Maybe the biggest revelation at camp over the weekend was that we underrated the presence of the class of 2026 in the event. From top to bottom, it was a LOADED group, and it made selecting the all-stars  that much more challenging. There was so much talent at the camp from the class overall that the coaches and staff continually made comments throughout the weekend, which bodes well for the class overall moving forward. 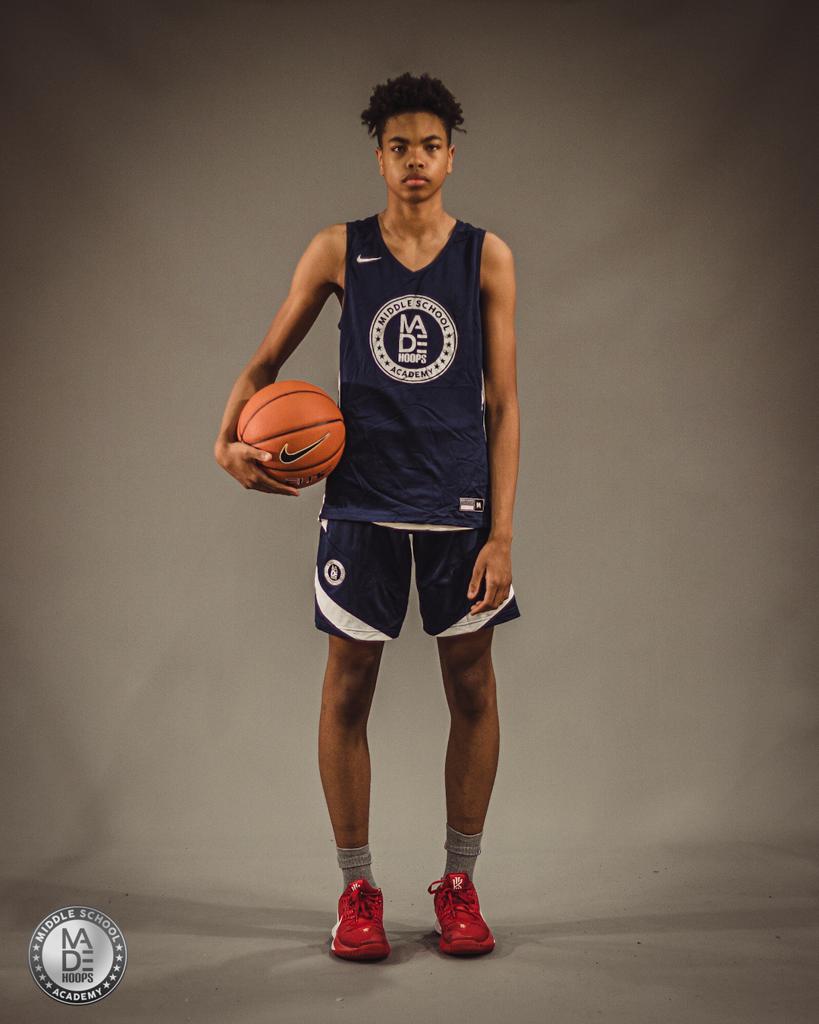 It was the two "AJ's" who ending up  stealing the show at Middle School Academy Camp for the class of 2026: AJ Dybantsa & AJ Williams.

Let's start with AJ Dybantsa. Spending the past school year as a 2025 prospect, his game has grown by leaps and bounds throughout the winter and spring while playing in our winter and spring Lea8ue divisions for Expressions Elite. He's tested himself against the best 8th graders along the East Coast as well as in the Midwest & South regions, and has gotten better by the month. Now nearly 6'7" with a +3 wingspan at least, he spent camp abusing defenders using his athleticism and perimeter skills. For my money, he's the best 2026 in the country right now.

AJ Williams is another prospect who tracks very well right now heading into the summer and beyond. Already 6'5" and getting bouncier by the month, he's quite a prospect in his own right. While he's not quite a "go get your own shot" guy yet, he's extremely productive and getting more confident. He had several nice moments of his own at the camp, and it should be noted that his growth since last October has us very excited for what the PSA Cardinals product will be this upcoming winter in our East Lea8ue. 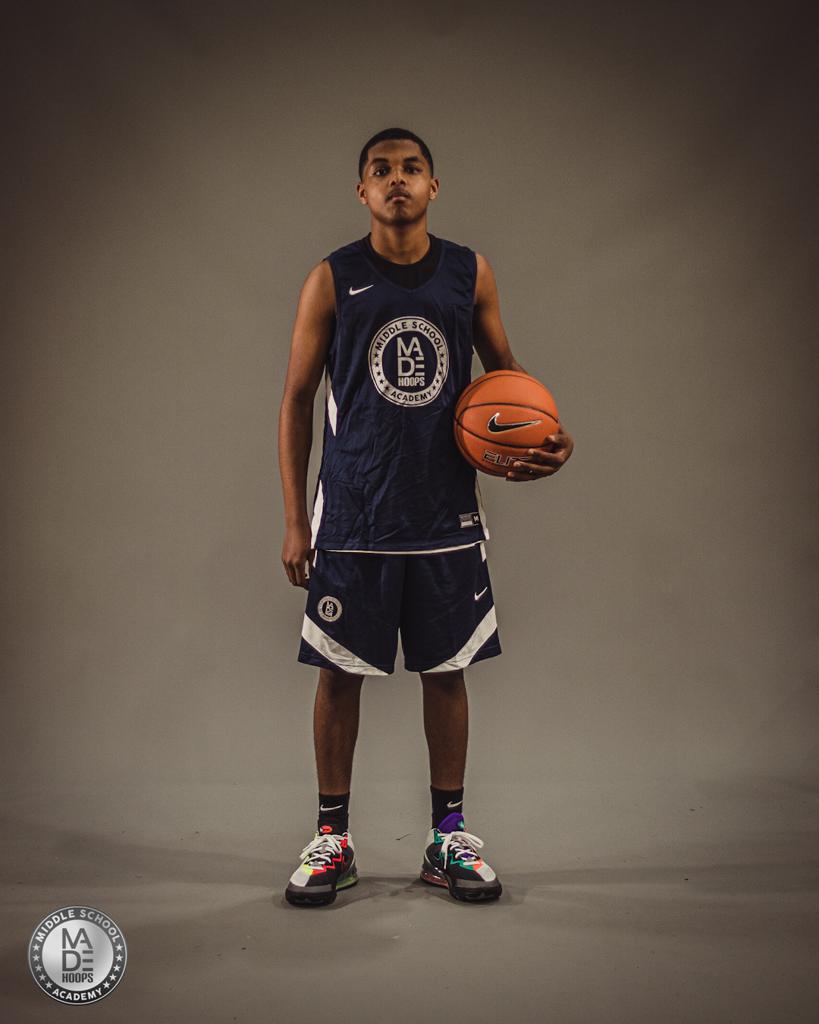 One of my favorite aspects of camp is getting to see certain prospects put their name onto the radar. Sometimes, all it takes is an opportunity, and on our platform, kids are in control of their destiny. While camps can have a negative connotation when it comes to an evaluation setting, getting to see some guys pushed out of their comfort zones at MADE Camp and out of their usual roles can also help show what some guys can really do. At 2021 Middle School Academy Camp, there were several guys who really impressed me as *BREAKOUT* guys...

New Jersey point guard prospect Jalen Grant had a sensational camp from start to finish. Highly skilled with the ball in his hands, his ability to make plays and make the correct reads offensively had the staff and coaches buzzing. He also loves to play with a swagger and confidence, no matter the matchup. When things were going his way (which was the majority of the camp), he had no problem letting his defenders know about it.

Jaxon Richardson made the trip to camp from Las Vegas, and he didn't disappoint. The 6-foot wing was productive from start to finish, consistently finishing plays around the rim, and he loved to get out on the break. Since first evaluating him in December, it's visible how much more confident and skilled he's gotten, and he's starting to play with an edge that has me excited about where his game could be come winter.

The smallest guard selected to the 2026 MSA Camp All-Star Game at 5'7",  Antonio Pemberton made the most of his camp weekend. Already a known commodity in New England, he impressed as a playmaker at camp. His unselfishness and court vision really shined through, proving that you don't have to be a scorer to standout in a camp setting. Younger for his class, he's going to continue to blossom this summer and beyond.