MADE Hoops 8th Grade Finale began Saturday in Augusta, Georgia with 64 teams battling to claim an undisputed national championship. The event brought together teams from all over the nation showcasing the future of basketball. Here's who caught my attention on the opening day of action... 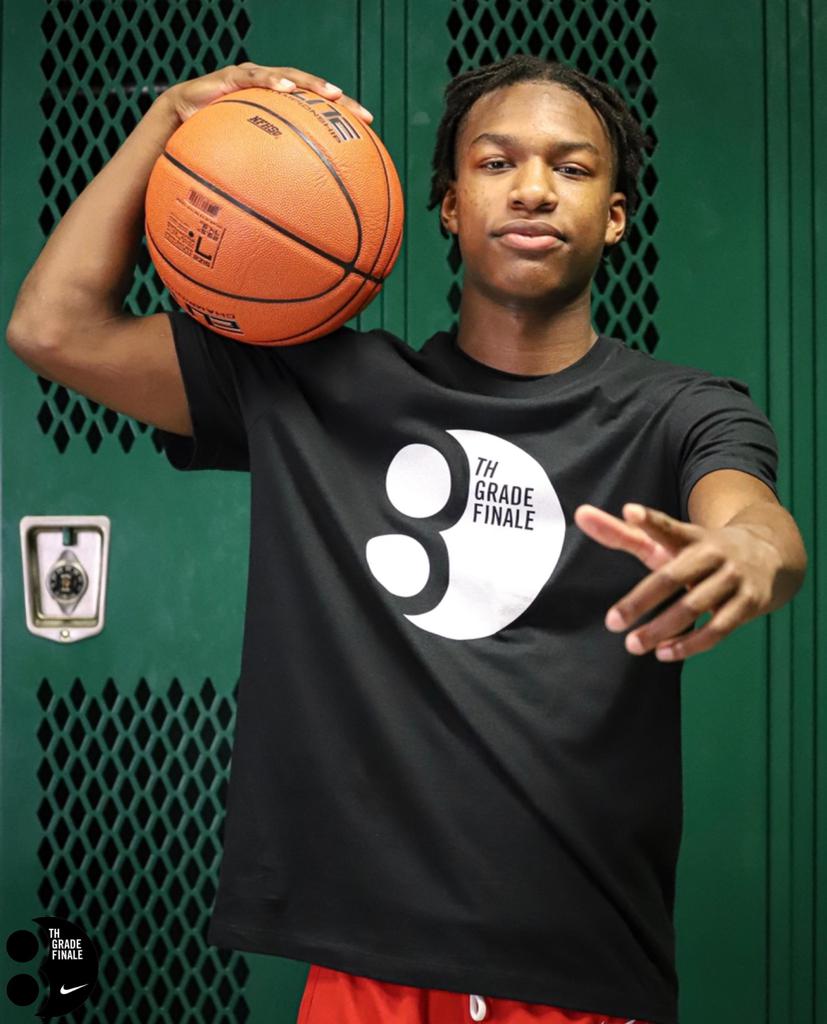 Trey McKenney, 2025 G, Bates Fundamentals: McKinney stood out from the jump with his versatility and athleticism. He’s a big, physical, and well-rounded wing who can impact the game in multiple ways. He scored at the rim, posted up smaller defenders, and showed the ability to create his own shot off the dribble. Defensively, he blocked shots, forced turnovers, and guarded multiple positions. Trey McKinney and Sharod Barnes scored, defended, and set their teammates up the entire game en route to a big win.

Sharod Barnes, 2025 Guard, Bates Fundamentals: The backcourt of Barnes and McKinney was a nightmare for opponents to handle. Barnes has very impressive vision, and the ability to create for others at his own will. He applied constant uptight pressure defensively, forcing multiple turnovers to push the pace. He showed a quick first step, a tight handle, and top tier bursts of acceleration to get to the rim. At the rim he finished through contact, with either hand, or acrobatically.

Byron McNeill, 2025 Guard, Georgia Express: McNeill was a shifty and quick guard who had a solid outing on day one. He created for others by penetrating the defense and kicking the ball out to shooters. He scored with a few floaters, layups at the rim, and drew fouls in traffic. Defensively, he applied pressure to the final buzzer being a scrappy defender looking to disrupt the flow of the opponent’s offense.

Jarett Fairley, 2025 Guard, Alabama Fusion: Jarett Fairley and Salim London had big-time performances in Alabama Fusion's double-overtime win over Team USC. Fairley had a tight handle and got into the lane whenever he wanted to. He had a quick first step, along with shifty dribble moves he used to get into the lane or to create space. Fairley got to the rim frequently, which resulted in multiple trips to the free throw line. This backcourt will be entertaining to watch throughout the weekend here in Augusta.

Jamel Addison, 2025 Forward, New York Gauchos: Jamel was an inside-out, downhill, and aggressive scoring threat during day one for Gauchos. He protected the paint, ran the floor, and scored inside to help secure a  victory for his squad. He showed off his versatility handling the ball, knocking down mid-range shots, and showing impressive vision passing out of the post. Him and Tai Turnage made up a deadly duo that will be fun to watch over the course of the 8th Grade Finale.

Christian Jones, 2025 Guard, Louisiana Heights: Christian is a shifty, crafty, and lightning quick guard that provided a spark anytime he was on the floor. He got into the lane with ease looking to pass, create for others, or score at the rim. A nightmare to guard on the perimeter, he knocked down multiple three-point shots. He controlled the pace of the game, applied uptight pressure in the team’s press, and scored when his team needed a bucket. Louisiana Heights has a talented core to keep an eye on over the Eighth Grade Finale.

Chris Hill, 2025 Wing, Marshall Warriors: Chris is an athletic, versatile, and lengthy wing who oozes with potential. He could take the ball coast to coast, score on the drive, or post up smaller defenders. Defensively, he guarded multiple positions, forced turnovers, and protected the paint for an undersized squad. As his perimeter game improves he’ll be a prospect to keep an eye on over the next few years.

Tyler Wagner, 2025 Guard, Team Tyus: Wagner was a complete three-level scoring threat, and he hurt the defense in multiple ways. He had a tight handle, which allowed him to get into the lane and score at the rim. He could finish with floaters, runners, and layups through traffic. He had multiple three-point makes, and never stopped moving without the ball. Wagner and Chace Watley made up a deadly one-two punch on day one for Team Tyus.

Milan Dean Jr., 2025 Wing, Team Final: Dean is an explosive, athletic, and physically advanced prospect with even more potential left to tap into. He can score on the drive, post up smaller defenders, or stretch the floor from the perimeter with his smooth three-point shot. Dean did a great job applying pressure in the team’s press to force turnovers. He loved pushing the pace, and turned steals into easy buckets. Milan Dean is going to make a lot of noise the rest of the weekend at the 8th Grade Finale.

Jasper Parker, 2025 Guard, LivOn-Fleur De Lis: Parker was a downhill, attack-mode, and aggressive guard who never stopped getting to the rim. He scored through contact, in traffic, or drew fouls when attacking the defense. He’s a quick and scrappy defender that could guard on the perimeter, or hold his own against forwards in the post. He was a nightmare for opponents to guard in transition using his speed, physicality, and handle to his own advantage.

Matthew Able, 2025 Wing, E1T1: Matthew  had three three-point makes in the first half, getting off to a hot start. He took advantage of poor closeouts and attacked the lane looking to create, facilitate, or score at the rim. A solid rebounder for a wing, he boxed out bigger forwards and held his own on the glass. He led a well-balanced attack for a deep E1T1 team, leading them to their first win here at the 8th Grade Finale.

Connor Teasley, 2025 Guard, TSF: Teasley was vital down the stretch hitting two three-point shots in the final three minutes of TSF’s first game. He penetrated the defense, created open shots for others, and controlled the pace of the game. He had a good touch around the rim, and finished in a variety of ways. With his playmaking, facilitating, and scoring abilities he is a player to keep an eye out for.

Martin Kaupanger, 2025 Forward, Avery Bradley Elite: Kaupanger is a lengthy, versatile, and skilled stretch forward who had a great showing in game one. He was able to drive past bigs, post up smaller defenders, and showed his ability to stretch the floor. He was a threat in the pick and roll or pop. He knocked down multiple jump-shots from mid-range, and stretched the floor from three-point range. Defensively, he blocked shots, rebounded at a high level, and ran the floor after his team forced turnovers.