MADE Hoops hosted the 2021 Midwest High School Academy Camp a few weekends ago in Lexington, Kentucky. Not only was there some top talent in attendance, but many sleepers were also discovered as well. Let’s take a look at some the weekend’s standouts from the class of 2024 and 2025. 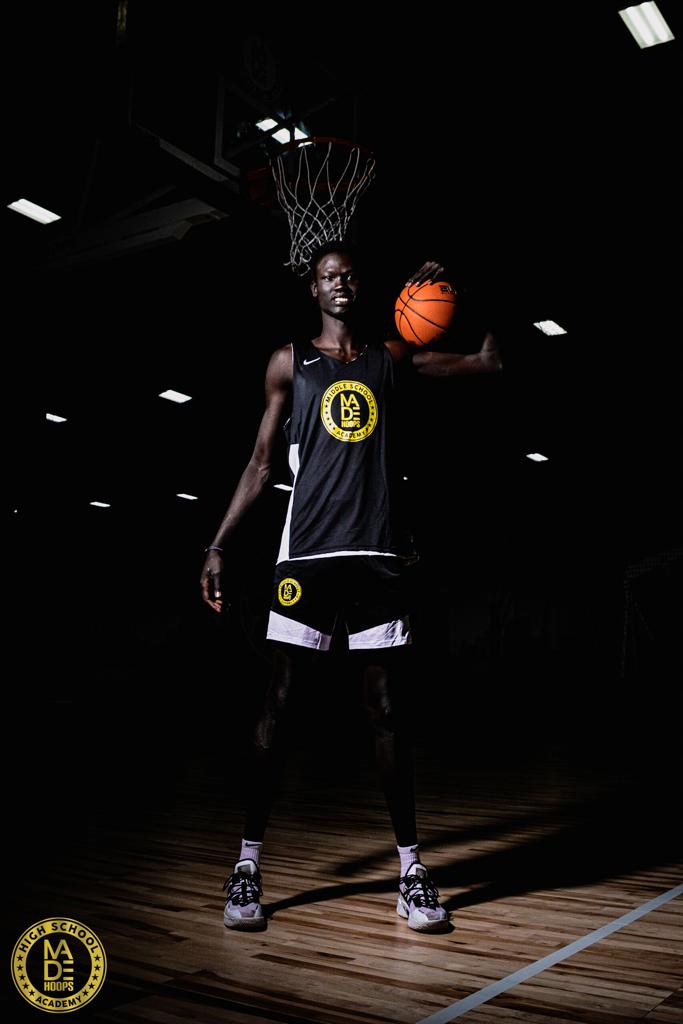 John Bol, 2024, 7’2” Forward: Bol’s tremendous height and length is the first thing you notice when you watch him play. The second thing you notice is his good coordination, mobility and footwork for being that size. Bol runs the floor well, alters every shot within five feet of himself, and even stepped out and hit some mid-range jumpers.

Damone King, 2024, 6’1” Guard: King plays at his own pace and dictates the pace of play in every game. You can’t speed him up or slow him down, it’s almost as if he has a stick shift to switch gears whenever he wants. King excels as a playmaking scorer, and was able to get to his spots whenever and however he wanted all weekend long.

Malachi Palmer, 2024, 6’5” Guard: Palmer is physically mature for his age, and used his combination of size, speed and athleticism to score in a variety of ways. Palmer’s athleticism was on full display over the course of the camp, as he’s simply just bigger, faster, and stronger than most kids, despite their class and age. His feel for the game and ability to score the basketball was a treat to watch.

Jordan McCullum, 2024, 6’7” Forward: McCullum was one of the more versatile forwards at the entire camp. He scored from all three levels, brought the ball up the floor, and showcased the ability to guard 1 through 5 at the high school level. He’s a smooth, confident ball-handler for his size, and felt comfortable attacking close outs, pushing the break, and making plays off of the bounce in the open court as well as in the half court offense.

Ben Tshaka, 2025, 6’8” Forward: Tshaka’s relentless attack on the glass was consistent from start to finish. He tried to grab every rebound, and in fact, a huge chunk of his points came off of put-back opportunities that he earned himself. At 6’8”, Tshaka moves well and showcased a developing skill set that will be closely monitored over the next few years. Tshaka was the youngest player in Sunday’s all-star game.

Sekou Konneh, 2024, 6’7” Forward: Konneh’s combination of length, skill and athleticism made him one of the more intriguing young prospects at the camp. He showed off a nice inside-out game, posting up smaller defenders and taking bigger defenders off of the bounce. His face-up game showed a ton of promise for what’s to come with him.

Amari Mccottry, 2024, 6’5” Wing: Mccottry has a very, very good feel for the game and it was on display the entire duration of the camp. He’s a confident ball-handler in the open court and often grabbed the rebound on the defense end and took it coast-to-coast to finish at the other. He’s a methodical scorer in the half-court, sizing up the defender and attacking with countless moves and counter moves.

Trent Noah, 2024, 6’6” Forward: Noah showcased some fantastic stretch forward skills over the weekend. His ability to step out and knock down outside jumpers with confidence tremendously helped his team’s spacing and offensive attack. Noah also made plays off of the bounce for his teammates when attacking the defender’s close out.

Zander Carter, 2025, 6’3” Guard: Carter was one of the youngest players at camp, but that didn’t phase him and keep him from playing his game. He consistently scored from the mid-range and from the outside, and drove smaller guards to the basket. Carter’s rangy frame made life tough on opposing perimeter ball-handlers.

BB Washington, 2024, 6’1” Guard: Washington is a very promising young prospect who continues to keep growing. He played both on the ball and off of the ball, and always remained calm under pressure, never getting rattled. He’s got the length and quickness to guard multiple positions, and did a good job of that all weekend. Washington’s shooting range extends to the NBA 3-point line and he showed the ability to knockdown shots from all areas when given any space at all.

Jayden Miles, 2024, 6’7” Forward: Upside, upside, upside. Miles has a great frame to build upon as he gets stronger and continues to develop his body. He showed off some promising footwork and finishing around the basket, on top of always hustling for rebounds and loose balls. Miles flashed upside as a rim protector as well, altering many shots in his area in every game.