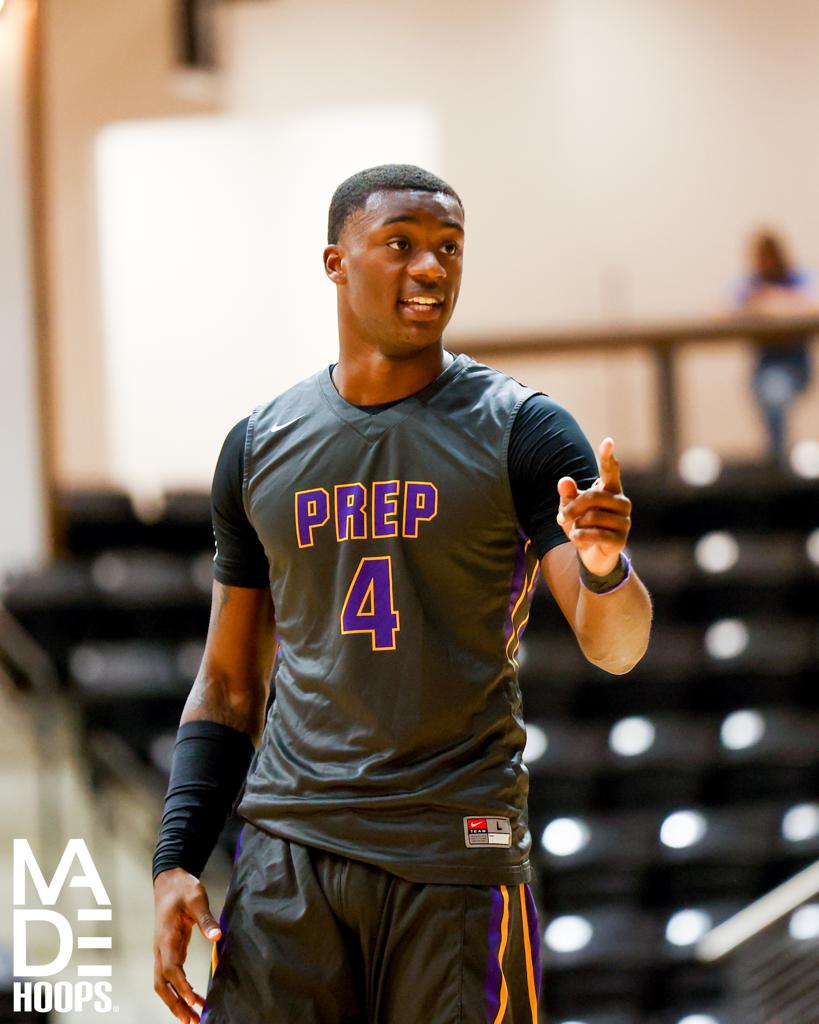 Dariq Whitehead (2022, Florida Eagles): Whitehead was the most talented player to take the floor over the weekend, and showed why he’s a top-10 recruit nationally. He’s good at everything he does on the court, and there is no glaring holes in his game. Whitehead scored in the half court in both on-ball and off-ball scenarios, and in transition he was an absolute freight train. Defensively, he has prototypical size, strength, and length to project as a lockdown defender at any level of basketball.

Isaiah Coleman (National Christian Academy): Coleman had a very impressive performance against Montverde on Sunday, scoring and impacting the game in a variety of ways. He was one of, if not the biggest stock riser from he weekend. He showed off a consistent craftiness of getting into the lane and finishing amongst many defenders. Coleman was very confident and poised operating from all three levels on the court.

Demario Norris (2022, F22 Premier): It was intriguing to watch Norris operate on a game to game basis. He knew exactly how to get to his spots against each opponent and did a fantastic job of breaking down his defender time after time. Most of his points came from within 15 feet and in, scoring off of a variety of finishing moves in the paint and constantly going to his trusty pull-up jumper. Norris’ on and off-ball ability made him a dangerous matchup for any opponent.

Derik Queen (2024, Florida Eagles): In the age of basketball where big men almost always want to play exclusively on the perimeter, 2024 prospect has some old school post game to his repertoire. Queen knows exactly what his strengths are and plays to them. He was excellent with his back to the basket and showed off a variety of post moves in the paint. The combination of size, soft touch, and feel for the game make Queen a very intriguing prospect to track over the next few years of his development.

Jayden Brewer (2022, Combine Academy): Brewer brought down the house with some ferocious dunks over the course of the weekend, but he’s much more than just an entertaining dunker. The 2022 guard was at his best when he was able to get downhill with a head of steam towards the basket. Brewer’s explosiveness often allowed him to put pressure on the defense and get them on their heels, leading to fouls and/or crafty finishes at the rim.

Jalen Hood-Schifino (2022, Florida Eagles): Hood-Schifno has always been known for his scoring ability, and he certainly showed that from time to time over the weekend, but his lead guard skills were on full display as well. The Indiana commit is having to run the show with Skyy Clark sidelined with injury. He set the table for his teammates and made plays both in the half court and in transition.

KJ Evans (2023, Florida Eagles): Evans projects as an excellent defender at higher levels of basketball. He’s able to guard every position at the high school level and often picks up the other team’s lead guard in the backcourt. Evans is a skilled lefty forward that is comfortable handling the ball and operating on the perimeter. When the potential turns into consistent production, look out. It’s going to be very scary.

KC Shaw (2022, Carolina Kings): There may not have been a more confident shooter in the gym this weekend than Shaw. Every single time he stepped into his shot, you could tell he thought it was going to go in. Shaw scored 25 points in a game against F22 Premier, also knocking home four 3’s in that contest. He showcased the ability to score both on the catch and off of the dribble from multiple levels. Standing at 6’4”, Shaw has size that translates to the wing at the next level as well.

GG Jackson (2023, Hoopship): You’ll be hard pressed to find many better prospects in the 2023 class than GG Jackson. At 6’8”, Jackson handles the ball like a guard and is very comfortable operating from the outside. There was multiple times where he rebounded the ball and took it coast to coast for a score. He also started off one game 4 for 4 from behind the arc, with some off the catch, and some off of the dribble. While he’s most certainly skilled, Jackson’s motor is what sets him apart from most. He attacks every possession with a full throttle engine.

Jackson Crawford (2023, Team GATA): Crawford showed great poise and playmaking ability all weekend long as the engine which drove GATA’s offense. The 2023 point guard was constantly able to get paint touches and create for himself and his teammates, delivering crisp pass after crisp pass right on the money for scores. Crawford also displayed a confident stroke from the outside and from mid-range.

Coen Carr (2023, Lions Elite): Carr was one of the best athletes in the building this weekend. He’s a long 6’6”, but is strong as well. He finished at the rim through contact numerous times and looked like he was shot out of a cannon in transition. Carr is comfortable operating in the post against smaller defenders as well. Defensively, Carr has all of the attributes that you should want in a ball stopper on the wing.

AJ Smith (2022, Combine Academy): Smith’s shooting was a sight to behold this weekend. He got absolutely hot from the outside in their game against Cardinal Newman, where the forward knocked down five 3’s from behind the arc and seemed like he couldn’t miss. Smith also impacted the game by attacking the glass and being strong when he got the ball inside.

Dillon Mitchell (2022, Florida Eagles): Mitchell is a very aggressive defender that makes the opposition work hard on every possession. He’s an explosive driver of the basketball, attacking the rim and getting defenders on his hip. Mitchell can also be a secondary ball-handler that is comfortable pushing the break and initiating the offense. Once his outside jumpshot becomes a strongpoint of his game, he will be one of the most well-rounded players in the entire 2022 class.

Jayden Epps (2022, Combine Academy): Epps’ pull-up game was on full display over the weekend. He’s at his best when he’s able to pick his spots and operate in the middle of the court. He also showcased a crafty layup package and excelled when getting downhill and putting pressure on the defense. Epps had a strong impact on the game as a distributor as well.

Savon Sutton (2023, Lions Elite): Sutton’s ability to score the ball was very evident in their matchup against Hoopship. He put the ball in the basket in a variety of ways, and showcased a very confident outside jumper, which didn’t touch the rim on most of his makes. He got to the basket multiple times and scored in traffic or distributed to his teammates on the perimeter or on the block.

Vincent Iwuchukwu (2022, Florida Eagles): Iwuchukwu seemed to alter every shot in his area this weekend. Standing at 7’0”, the five-star big man showed some very good instincts on the defensive end of the floor. He plays hard and ran the floor on every opportunity. Iwuchukwu’s offensive game is a work in progress, but he showed flashes of a developing skill set and his willingness to run the floor and battle on the boards rewarded him with some extra finishing opportunities.

Josiah Peeples (2024, Cardinal Newman): Peeples was an aggressive downhill driver all weekend, getting paint touches regularly. He finished at the rim and in the mid-range with pull-up jumpers. The size of the defender didn’t seem to phase him much when he got into the paint. The 2024 guard also flashed some outside shooting ability on multiple occasions.