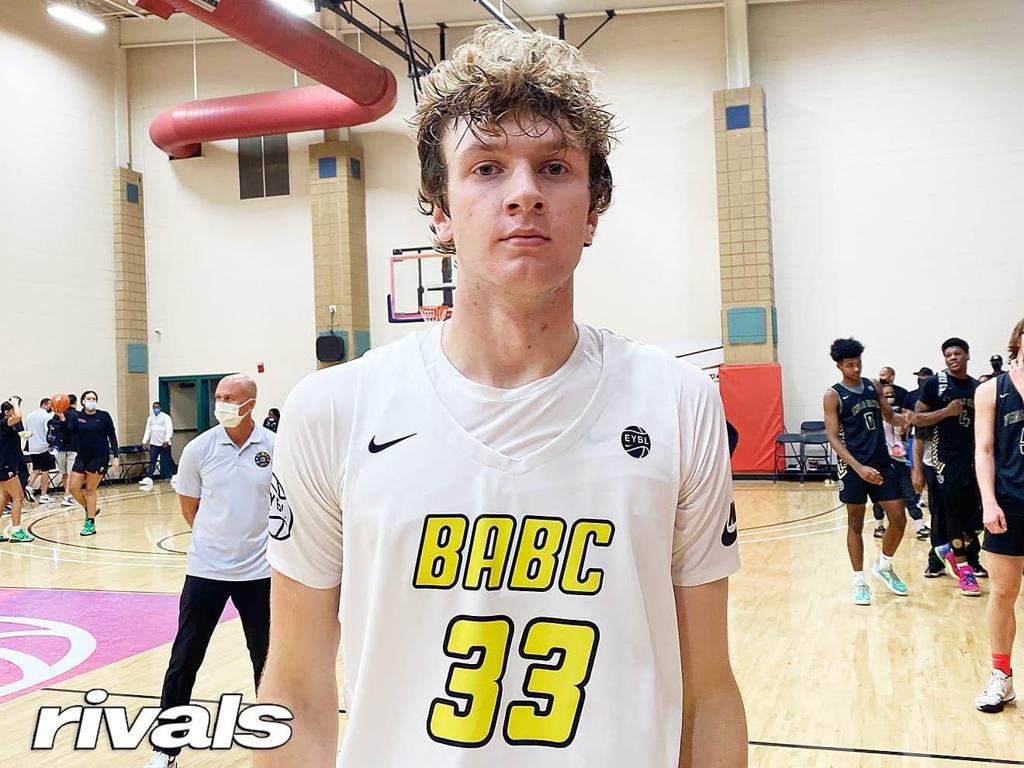 I was fortunate enough to make the trip to Albany, NY and attend Gym Rat LIVE. The tournament featured a variety of shoe-sponsored teams from the EYBL, 3SSB, and UAA circuits. Read below for written analysis on some standouts. Make sure to follow @TonyMcNiff2 and @Madehoops on twitter for more content.

Adams helped PSA Cardinals secure a Gym Rat championship with big wins over Team Melo and Canada Elite on Sunday. He’s a lengthy, smooth, and versatile guard with a well-rounded offensive skillset. He has the versatility to score the ball around the rim, in the mid-range area, or from three-point range. Adams used a tight handle to get to his spots on the floor, however he connected at a high rate in catch & shoot situations from the perimeter. He displayed a soft touch around the rim, being able to finish through traffic, acrobatically, or with floaters. There is a ton to like long term with his positional size, length, and versatility on the offensive end. Adams is a prospect to keep an eye out for this summer & for years to come.

Sanon had some solid outings for BABC over the weekend, and he’s another young prospect with a bright future. He has strong positional size, advanced athleticism, and he has the ability to score from multiple levels. His ultra-quick first step + speed with the ball in his hands helped him beat defenders off the bounce. Sanon is a fluid shooter off the catch that possesses a quick release to go along with extended range from the perimeter. He has the ability to create space off the bounce for jumpers, however he’s a more reliable shooter off the catch at this point. He demonstrated impressive body control in the lane, being able to absorb contact & finish through it. Sanon is another young talent to keep an eye out for in the coming years.

Petronio had a big weekend for Expressions and he impressed in multiple ways. He’s a shifty, skilled, & versatile guard that was effective playing on or off the ball. He used a wide array of dribble moves to beat defenders off the bounce with regularity. Petronio had a knack for getting into the lane and he could finish in a variety of ways. He had the option of finishing through traffic, with either hand, or with a floater in the lane. He was a precise passer that could complete skip passes, drop downs, and kick outs when they were open. Petronio was a potent space creator due to his dribble moves + quickness. He proved to have plenty of mid-range touch, being a threat to knock down pull-up jumpers. He could shoot the ball off the bounce or catch from three-point range as well.

Durodola makes up for an intriguing prospect with his combination of size, length, & athleticism at a young age. He had the versatility to play on the wing, in the high-post, or down low on the block. He did a great job isolating mismatches against smaller opponents, using his size to seal position in the post. Durodola is fairly fluid at this point, as he showed flashes of his ability to handle the ball at his size. He was able to score by facing up, running the floor, posting up, or blowing by slower bigs. He had a soft touch in the post and he was an excellent finisher with his dominant hand. Defensively, Durodola was an assertive + timely rim protector that used his quick verticality & long arms to block shots. He used his physical tools on both ends of the floor to secure rebounds. He’s definitely a prospect to remember in the coming years.

Power was one of the best + most consistent performers I saw during Gym Rat LIVE. On Day Two he picked up right where he left off on Day One. He’s a versatile, skilled, & well-rounded forward that has reeled in high major offers. He is at his best operating in the high-post where he can shoot in the mid-range area, drive downhill to the rim, or find an open teammate. Power is an accurate passer, especially out of the post & double teams. He proved to be a polished shot-maker, whether it was off the bounce or catch. He uses a polished handle to create space to connect on jumpers from the perimeter. Power can be utilized in the pick & pop which is a tough cover for opposing defenses. He’s a solid positional rebounder who does a great job boxing out bigger opponents. He recently pulled in offers from Stanford & Virginia, however I expect this list to continue to grow over the summer.

Despite a tough loss to City Rocks in the championship, Clayton performed at a high level throughout the weekend. He’s a strong shot-making guard that made defenses pay for leaving him open on the perimeter. He handled the ball well under pressure + traps, created for himself + others, and he connected on jumpers at a high rate. Clayton has the versatility to play on or off the ball, however he is effective in either role. He’s a fluid shooter off the catch from three-point range, although he turned heads with his consistent mid-range game. He knew how to attack closeouts and read the defense to get his team the best possible shot. Clayton could pull-up in the mid-range area, get downhill to the rim, or locate open teammates when the defense collapsed on him. Against City Rocks he knocked down multiple three-point shots, whether it was off the bounce or catch. He constantly moves without the ball and this generated some open looks for him. Clayton’s stock has been booming after multiple strong performances this AAU season and it’s only on the rise.

Autry took home MVP honors as City Rocks defended their home turf to win the 17U division of Gym Rat LIVE. He’s a physically mature, versatile, & two-way guard that has seen an uptick in his recruitment this AAU season. He does a great job using his frame against smaller opponents to create angles to the rim. Around the rim Autry excels at using his upper body strength to absorb contact & finish through it. He hit some timely shots from three-point range on Sunday in the semis & championship. He displayed a quick + clean release especially in catch & shoot + spot-up situations. Defensively, Autry is a physical defender that is tough to beat off the bounce. He has quick hands & feet which allow him to force turnovers often. He was a strong positional rebounder that used his physicality on the glass against bigger opponents. Autry recently added offers from Maryland & Nebraska, although this list will certainly grow throughout the summer.

Jones was a standout this weekend playing up in the 17U division of Gym Rat. He’s a shifty & lightning quick guard with strong positional size at 6-4. He used quick bursts of speed + a slippery handle to provide paint touches at his own will. He had some mid-range touch, proving he could step into pull-up jumpers if given some space. Jones thrived as Team Durant’s primary ball handler with his decision making, patience, and opportunistic scoring. He constantly got into the lane looking to score or find an open teammate. He had a solid feel for the game, being able to locate teammates on the floor when opposing defenses collapsed on him. Jones was a High-IQ pick & roll navigator with his feel for the game. He knocked down a few three-point shots this weekend, however he thrived at playing in attack mode. Defensively, he was a pesky + scrappy on-ball defender that wasn’t afraid to pick up 94 feet. Jones could see an uptick in his recruitment this summer if he continues to play at a high rate.

Mulready did not play on Saturday, however he made an instant impact for City Rocks once he returned to the lineup. He’s a strong, aggressive, & two-way guard that can score the ball from multiple levels. He had the versatility to play + defend multiple positions on the floor. Mulready can play on or off the ball, while defensively he can defend guards & smaller forwards. He uses his strong frame to bully smaller guards when attacking the rim. Around the rim he could finish through contact, traffic, or above the rim if given a runway. Mulready is a fluid + reliable shooter in catch & shoot or spot-up situations. He has the skill to knock down shots off the bounce, however he thrives as a catch & shoot scorer. He was a strong positional rebounder that helped City Rocks on the glass when facing off against big frontcourts. Mulready has played at a high level up an age division in the EYBL and his stock is set to rise this summer.

Johnson stood out from the jump on Sunday with his quickness, handle, & ability to create for himself + others. He’s a lightning quick guard with a slippery handle that he uses to create space for jumpers or to get into the lane. In the lane he was a quick decision maker, being able to make reads off a live dribble without hesitation. Johnson was a wise pick & roll navigator, as it seemed like he always made the correct read. He got his teammates involved with his attack mode mentality and he had minimal turnovers. He has the versatility to score the ball from the perimeter, however he was at his best creating offense by getting into the lane. Johnson was an excellent finisher against size & length, as he demonstrated impressive body control finishing around the rim. He’s turned a lot of heads on the EYBL Circuit this year and it is safe to say more schools will be getting involved with his recruitment this summer.