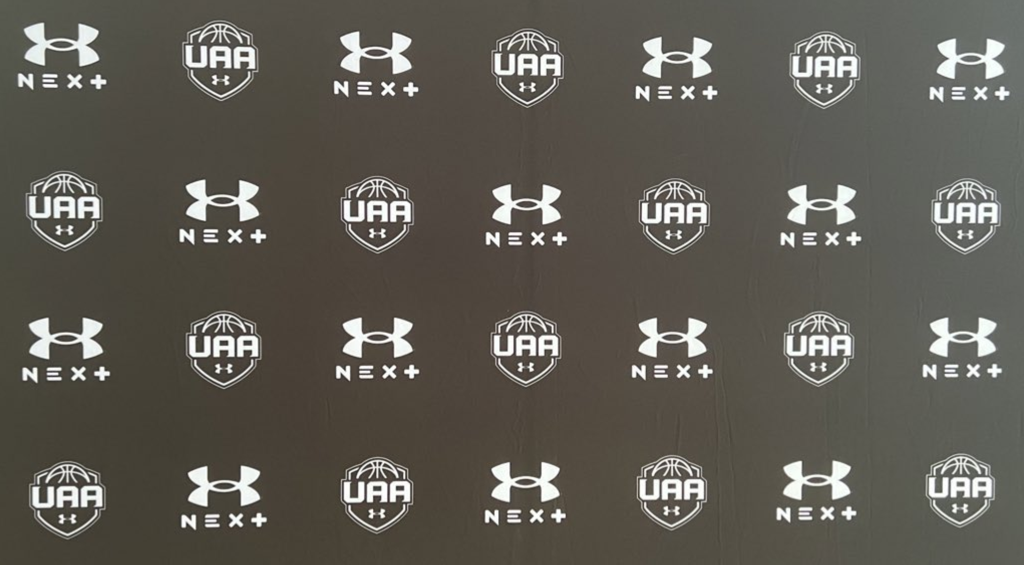 To close out the summer, I was in Chicago for the UAA Finals. I dove into a collection of blue-chip national prospects, enticing tracks who left big impressions, rapidly rising names and a collection of those on the brink.

Over the course of the weekend, Miller looked like the top long-term prospect in the building. The 6-5 West Coast Elite guard showed highly noteworthy growth as a playmaker, showing more juice as a proactive and advantageous passer in the pick and roll. Live dribble crosscourt whips in the half-court, further work manipulating rim protectors and passing his bigs open off of self-created advantages. Dynamic pace, shin angles and change of direction, the Cali native glided to his spots and routinely got to his trademark leaner in the mid-range. I came away impressed by the intangible, processing progression from Miller and look forward to the fit with AZ Compass, a setting that should only assist in further development where it's most needed.

Across each setting, it's hard to miss Queen's raw talent. A big-bodied frontcourt hub with an innate feel for orchestrating offense and capitalizing on micro-advantages in the half-court. Flair as a playmaker and a brisk processing ability attacking set defenses, the Montverde big excelled finding shooters and cutters from the top of the key. When in rhythm, Queen was a force around the rim with superb hands, nimble feet and the ability to shed contact to finish with touch. A key cog in winning the UAA Finals while playing a level up. The Baltimore native has taken steps physically and given further maturation, the best basketball is certainly ahead given his inherent skill level.

The PNW native looked all that and more of a five-star prospect this weekend, prior to picking up a lower body injury late in the weekend. A bursty, dynamic half-court advantage creator who created space and got to the rim at a high rate. Facing a variety of defensive looks playing a level up, Diallo was a handful to wall up and routinely knifed through the lane and glided to his spots with quick change of direction, a blossoming handle and off-kilter pace. Wide shoulders and a powerful frame, the 6-5 guard finished through contact and shed on-ball defenders to get to his elevated jumper from the perimeter. Offers have poured in and a collection of high profile staffers were courtside for Diallo's action throughout the weekend. Outside of the palpable two-way tools projecting ahead, the 2024 guard is producing at a high level already and has made significant strides as a self-creator and offensive engine dating back to my initial viewings in early October of 2021.

Closed out the summer getting another look at one who's made among the most profound impressions from April till now. Oliogu has consistently turned up the notch over the last few months in terms of aggression and expansion offensively. A well-built wing with extremely functional athleticism and enticing movement skills given his mature frame and youth. The Canadian's perimeter shot-making has been a work in progress throughout the last few months and he closed the summer on a high note, shooting well off the catch during the back-end of the weekend. A violent above-the-rim athlete with tight space explosiveness, aggression as a cutter and an aptitude for dislodging defenders at the rim, while playing two age groups up. There is plenty to like with Oliogu's early makeup as a defender, blending his quick feet, strength and length to defend multiple spots as his instincts blossom. The 6-6 wing looks to be the next premier prospect hailing from Canada and put himself on the map as one of most intriguing prospects regardless of class across the three shoe circuits.

Fresh off a tremendous showing at the FIBA U17 World Cup with Mali, Diallo showed more of the same in Chicago. A lively athlete at 6-10, the intrigue and eccentricity stems from the variety of boxes that Diallo has begun to check outside of impactful rim running and bouncy leaping ability as of late. A coverage-versatile big with a roaring motor, high level ball skills, plus hands and first-rate timing in high/lows in either spot. Finesse finishes, fluidity operating in DHO's, cleaning the glass and sparking transition the other way and flashes of advantage creation from the mid-post all sparked intrigue. UCLA, LSU, Utah, Arizona and BYU were among those front and center. The 17-year-old is headed to Wasatch Academy this coming season and looks like a candidate to spike in rankings and potentially see his recruitment spread nationally.

Another beneficiary of the FIBA U17 World Cup in early July, Nitu popped up with Canada Elite for the UAA Finals. In my first live look, the Canadian wing stunted more of his rare blend of tools and flashes in Chicago as he did in Malaga. After hitting a growth spurt during the pandemic, it's clear Nitu is learning how to leverage his distinct measurables and it's bred a wide collection of highly intriguing flashes. Creating isolation offense as a pop man, separating from on-ball defenders with jabs to get to his pull-up and fluid transition slashes in semi-transition. The Ontario native is very comfortable creating out of the mid-post, finding cutters and getting to his trademark fade over the top of length. Nitu showed progress defensively, covering ground and blocking a collection of shots in rotation. Over the course of the weekend, a few more coaches filed over to Nitu's games each day. The big wing will be fascinating to track as he continues to develop at Fort Erie International Academy.

The Carolina native reeled in a collection of new offers last month, but there should be more where that came from. Swartz, who arguably made the most profound impact of anyone for me, shot the lights out with versatility while playing a group up. A high level space creator with extensive touch firing off the bounce. Confident, assertive and tough, the 6-5 shot-maker filled it up from deep off a variety of highly contested looks. A mechanically sound shooter who quickly rose up off the catch and let the game come to him as an intermediate scorer when defenses began to run him off the line. Shake off the dribble, counters to get to his spots and alluring sequences as an off-ball scorer with crafty footwork and quick-hit, read and react instincts. One I'd expect to see his recruitment gain steam as 2024's come into focus.

Davis strung together a very strong summer and summed it up on the right foot. Playing alongside two ball handlers in Alex Odam and Lukas Walls, who both project as strong producers at the next level, Davis displayed promising utility both on and off the ball. Attacking unsettled defenses and creating pace-based advantages in the half-court at a high volume. The 6-5 guard popped manipulating defenses, specifically rim protectors, to get to the line at a high rate. Shifty with a nuanced handle and soft touch beyond the arc, Davis was tough to bottle up at the point of attack and put defenses on their heels with his efficient processing ability. Collection of programs who have expressed interest in the Alabama native were courtside for his productive weekend. Ole Miss was the first high major to offer but I'd expect more to follow suit.

Tanner has fielded new offers from over ten different programs over the last two weeks and continued the momentum in Chicago. A skilled complementary guard and secondary creator with positional size and touch from beyond the arc. The 6-6 guard has a sharp feel for relocating off of slashers, finding pockets of space to fire off the catch and decisiveness attacking closeouts to further advantages. A scalable two-way off guard with plus feel and pace. Currently seeing a large uptick in his recruitment, Tanner is headed to Combine Academy in the fall.

Certa has received three new offers in the last 36 hours after erupting with the Illinois Wolves in Chicago. A 6-5 guard with a flamethrower from deep, Certa sourced offense with his extensive range and leveraging his shooting gravity to create half-court advantages. A soft-touch, quick trigger stroke off the bounce with an expanding handle and plus shake to get to his spots. Certa displayed high level movement shooting and a growing feel for manipulating on-ball defenders to create pockets of space out beyond the arc or to get to his runner in the intermediate. The Bloomington, Illinois native popped at the right time, showing considerable development since the spring and will look to ride the momentum into the winter.

A winner of the weekend, Clark left a strong impression playing alongside Pro One's trio of touted guards. With prototypical ancillary wing tools and functional athleticism, the 6-6 wing thrived making hustle plays, knocking down spot up looks, flying around defensively, cleaning the glass, attacking closeouts and making timely cuts to finish at the rim. Intriguing, high feel playmaking indicators as a slasher finding bigs under the rim. Clark was an event creator on the defensive end, blowing up ball screens and staying active in the passing lanes. The 2023 wing impacts winning at a high level without a high usage due to his around the clock motor and physical tools. One I'd expect more programs to inquire on.

The Bentonville, Arkansas native popped from day one of the action with his unique blend of tools and skill. A stat sheet stuffer who provides offensive value in rare avenues given his size. Movement shooting, scoring in DHO's, making quick reads operating in ball screens and spotting up off the ball. Confident, elevated release from beyond the arc at 6-9 with the mobility and nimble quickness to get to his spots on perimeter. Anderson showed notable promise as a crafty, high feel playmaker in a movement-oriented offensive setting. It's hard to find this level of a skill and shooting in a 6-9 frame and with positional size growing in demand, Anderson is a bit too under the radar at this stage.