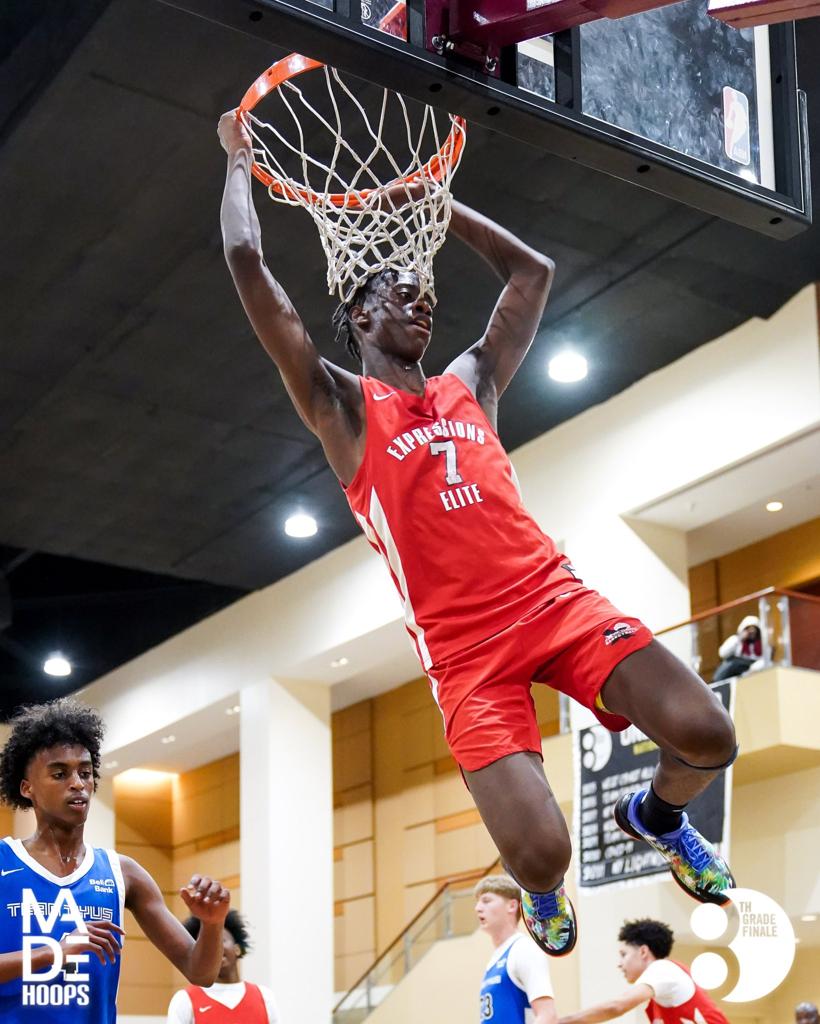 AJ Dybantsa (2026, Expressions Elite Black)- Dybantsa is so long, wiry, and athletic. He has the ability to defend multiple positions using his length and quickness. He is an above the rim finisher in the paint area. He runs the floor. He is a good rebounder. He can close gaps on defense with his length and quick hands. He moves like a guard on the floor. Dybantsa is a dominant finisher in transition. He is a good playmaker with the ball in his hands. He is so active near the rim grabbing rebounds and getting easy tip-ins.

Ashton Pierce (2026, CP3)- Pierce is a 3-level scorer that plays with a lot of confidence. He can handle the ball and can create for others. He has nice pull-ups and can shoot the spot up jumper. He runs the floor hard and can finish around the rim. He plays aggressive defense on the perimeter. Pierce has next level range behind the 3pt line.

Scoop Smith (2026, All Ohio Red Sumner)- Smith is a quick guard. He swings the ball and gets his teammates involved. He has a second gear where he can push the pace. He has good handles. He has nice quick floaters when attacking the basket. He has a good pull-up jumper off the dribble. Smith brings effort on defense.

Taylen Kinney (2026, All Ohio Red Sumner)- Kinney has long arms as a guard. He has a high motor. He has quick hands for steals and deflections. He is a good rebounding guard. He has good outside shooting ability. He can attack and finish at the rim. He runs the floor hard.

Brayden Fogle (2026, All Ohio Red Sumner)- Fogle has good size and is very skillful on the perimeter. He can create his own shot off the dribble. He uses his upper body strength to finish at the rim. He can rebound the ball. He sets good screens. He runs the floor. Fogle works hard on defense.

Toian Nabriat (2026, Georgia Stars Steele)- Nabriat is very active on defense. He hustles on both ends of the court. He swings the ball from side to side. Nabriat is very unselfish. He can put the ball on the floor. He has the ability to drive hard at the rim.