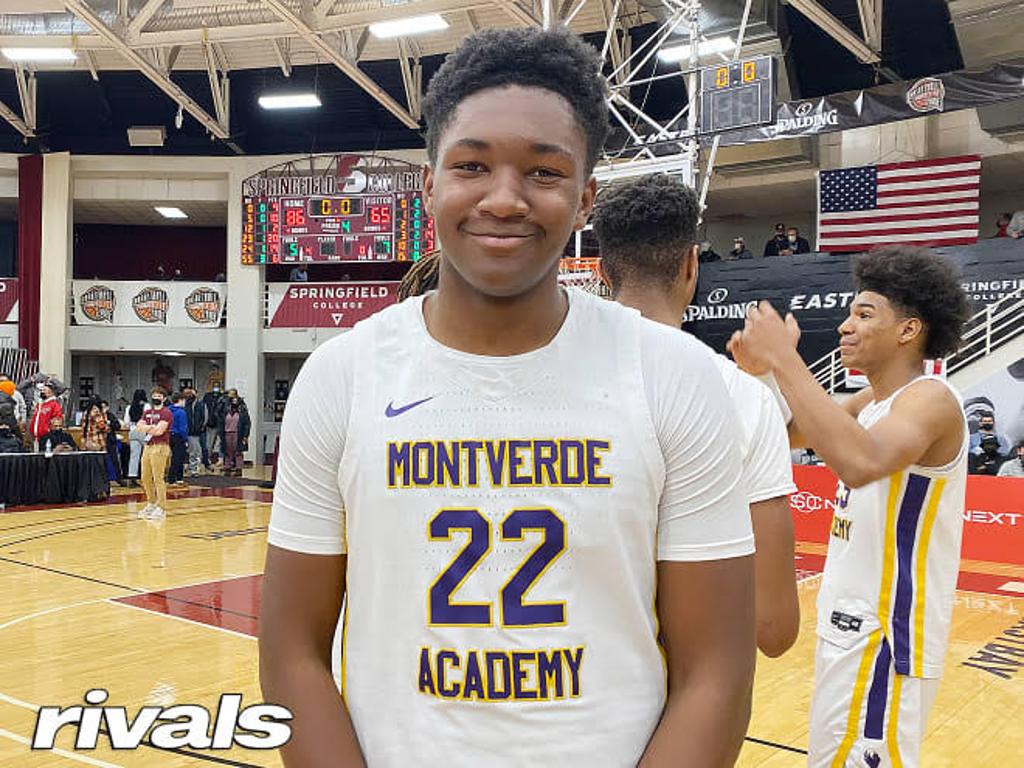 Analysis: Queen is a skilled and well-rounded big man that brings an intriguing blend of scoring + playmaking for a prospect his size. He uses potent footwork and his sturdy frame to create open looks around the rim when operating in the post. He uses his high standing reach + soft touch to finish around defenders on the interior. Queen also has the vision to pass out of double teams or find cutters when operating in the post. He’s capable of knocking down face-up jumpers in the mid-range area, however his shooting range + consistency can improve for the next level. He’s a fundamentally sound big on the offensive end of the floor that has a solid baseline to work with.  Queen has a crafty finishing package in the post consisting of jump hooks, pump fakes, and strong finishes on the interior. His ability to be utilized as a high or mid post operator allows the perimeter to open up for his team. He typically draws a lot of defensive attention and tends to have double teams sent his way. Queen's ability to pass out of traffic and find open teammates is what separates him from prospects his size. Queen is a physical rebounder that uses his strength + power to reel in rebounds. He’s an intimidating interior presence that is a strong defender in the post. He'll need to improve his lateral quickness for the next level, as he can tend to struggle defending switches out of the pick and roll. Queen is fundamentally sound and has a lot to work with, although there are still some areas of his game he can develop for the next level.