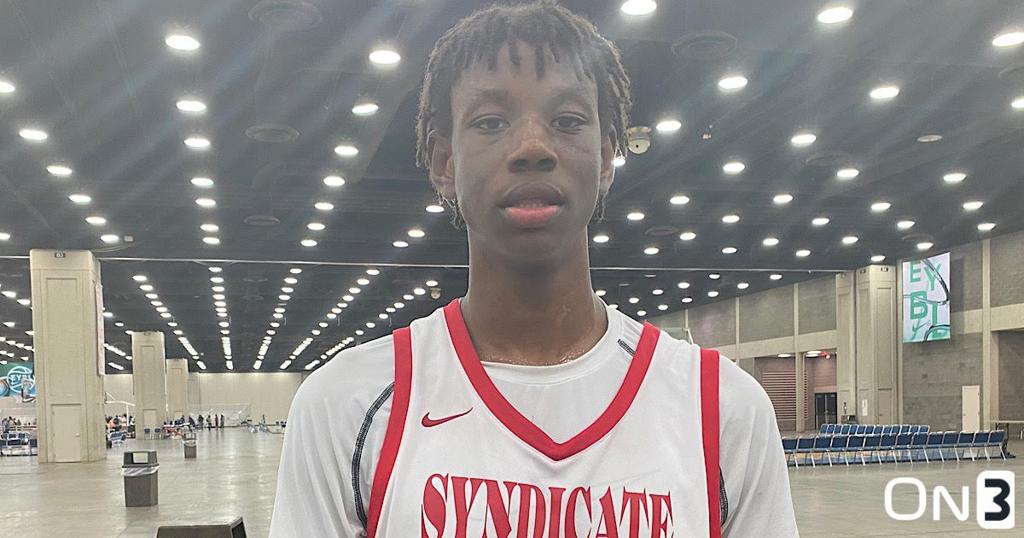 Sherrell recently picked up offers from Michigan State and Ohio State this past week. He holds offers from the likes of Alabama, Indiana, Texas Tech, and more. He put together a strong AAU season in the 16U Division of the EYBL for The Syndicate this past spring and summer. Sherrell’s projectable physical tools make him a high upside prospect. He has high expectations in his first season at Hillcrest Prep (AZ) alongside Jason Asemota, Adam Njie Jr, and more. Keep your eye out for his name in the future as he continues to develop his body and skillset. There’ll certainly be more high major programs involved in his recruitment in the near future.

Analysis: Sherrell is a long and mobile big that possesses a wealth of physical tools to build upon in the coming years. He’s a strong and high-motor rebounder that uses his length + size to reel in rebounds on either end of the floor. His activity and motor on the glass occasionally allows him to create second chance possessions. Sherrell is capable of scoring in the post by using his size + soft touch to finish around opponents in the paint. He’s a capable face-up scorer that has the shooting range and touch to convert mid-range jumpers off the catch. He’s shown flashes of his ability to stretch the floor from three-point range, however it’s an area of his game that is still developing. Sherrell can be used in a variety of offensive sets with his ability to score inside and out on the floor. Defensively, he’s a versatile and switchable defender that uses his disruptive length to cause deflections, block shots, or to contest shots.  Sherrell is one of the better rim protectors in his class and adding strength will only benefit his game. The Detroit native is a prospect to keep an eye on as he continues to develop his game and body.