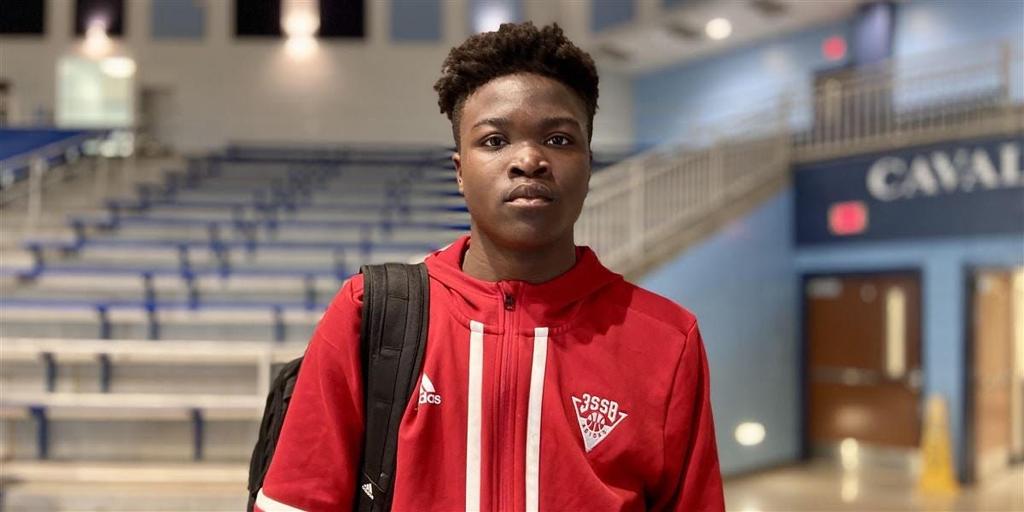 Passmore has now earned an offer from the University of Missouri. He was one of the biggest stockrisers nationwide after his stellar play on the 3SSB Circuit this past summer. He’s recently added offers from Kansas, Virginia, USC, Virginia Tech, Georgia Tech, Oregon, and more. Passmore has also seen his ranking rise on various recruiting outlets after his strong summer. His athleticism may draw most people’s attention, however he’s developing his ball skills and perimeter shooting at a rapid rate. Passmore is a stock boosting prospect that is trending upwards at the right time.

Analysis: Passmore is an athletic, explosive, and versatile wing that has developed his game at a rapid rate. He uses an explosive first step and his physicality to create open angles to the rim when driving downhill. He uses a springy vertical and his long arms to finish plays around the rim, whether it is above the rim, through traffic, or through contact. Passmore has an adequate handle, however his ball skills have taken a noticeable jump in the past few months. He’s developed more dribble moves and he’s getting more comfortable shooting off the bounce. He’s a capable spot-up three-point shooter that is a reliable threat from the perimeter when shooting off the catch. Passmore can create offense with his athleticism and his ability to beat defenders off the bounce routinely. As he continues to become more confident as a shooter, it’ll only elevate his game more on the offensive end. He’s trending upwards at the right time and he’s consistently making positive strides in his game. Defensively, Passmore is an elite on-ball defender with his blend of physical tools and lateral quickness. He’s a switchable defender with adequate ground coverage and tenacious instincts when defending on the ball. He’s a strong positional rebounder that does a good job using his bouncy vertical to secure rebounds. Passmore is one of the better wing prospects in his class and his stock will continue to rise as he plays a national schedule with Combine Academy (NC) this season.