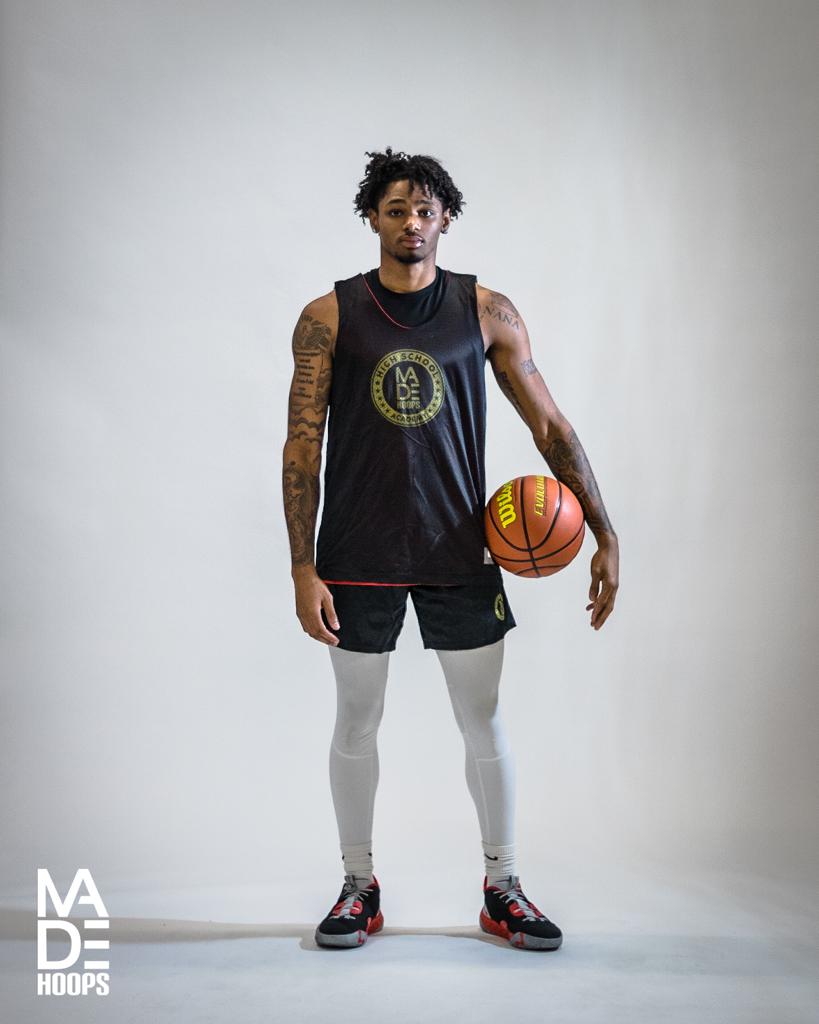 Preston Fowler (2025) Fowler is a long and athletic finisher at the rim. He has nice size and runs hard from rim to rim in transition. He is very explosive when attacking above the rim. He plays good perimeter defense. He moves his feet well and uses his length on
defense.

Jalen Holmes (2026) Holmes plays very patient on the offensive end. He does not rush on the floor and has the ability to finish at the rim using his long arms. He is very unselfish, spreads the ball around, and moves well off the basketball. He uses his length on defense for steals and deflections. He is a quick finisher around the basket when he has the ball and doesn’t waste any possessions.

Noah Payne (2024) Payne is an aggressive guard that will get his teammates involved. He attacks hard downhill and will finish at the rim. He can shoot the 3-ball off the catch.

Adam Oumiddoch (2026) Oumiddoch is a scoring machine when he gets hot. He doesn’t hesitate when attacking the rim. He has long arms and has good handles. He uses his length on the defensive end. He has a high motor on both ends.

Darius Adams (2025) Adams is very wiry and uses his long strides to attack the rim. He has good ball-handling ability and can shoot from long range behind the 3pt line. He is very unselfish and never stops moving.

Omari Moore (2025) Moore plays hard on both sides of the ball. He is a good finisher in the open floor and is very explosive and athletic when scoring the ball. On defense he has active hands and creates easy lay-ups on the other side.

Elijah Brown (2024) Brown is very strong for his position. He can drive and finish at the rim. He will use his strength to post up smaller players at the basket. He can rebound the ball and can push the ball up the floor.

Greyson Pierce (2026) Pierce has good finishing ability in the paint. He is a good PnR player and will stretch the floor with his 3pt shooting ability. He can switch at times by being your stretch big or working in the paint to rebound, score the ball, and defend.

Amar Lane (2023, Rutgers) Lane has good size and length. He uses his size to finish in the paint. He has a soft touch at the rim. Lane is a good passer for his size.

Aiden Ur (2025) Ur is always active at the rim. He has a high motor on both sides. He has quick active hands to steal to ball. He hustles and runs the floor hard. By consistently crashing the boards he gets easy tip-ins.

Patrick McDonough (2025) McDonough is a general on the floor. He has tight handles and puts his players in good position to score. He can score off the ball and can drive and finish around the rim. When he is attacking the trees down low, he has nice high floaters in
the paint.

Will Riley (2025) Riley has a wiry frame that has good guard skills for his size. He can put the ball on the floor and can shoot from the outside. He also can use his length to alter shots at the rim.

Luke Bevilacqua (2025) Bevilacqua is an active big that hustles on both ends. He has good rebounding ability and will run the floor hard. He moves well on the floor for his size.

Noah Moses (2024) Moses will hustle on offense and defense. He can put the ball on the floor and has good court vision. He will run the floor and will dive for loose balls. He has good 3pt shooting ability off the catch. Moses brings effort on the defensive end with his activity.

Jameel Morris (2023) Morris has a strong frame and has active hands on defense. He attacks hard at the rim and uses his strength to finish tough lay-ups. He is hard to defend in the open floor and has a strong lay-up package at the basket.

Tavien Tyler (2025) Tyler has good ball-handling ability. He takes good care of the ball and has the ball on a string. He is very shifty and has a good pull-up jumper from mid- range. He has good 3pt shooting ability off the dribble. He has a high quick release and can
elevate over defenders.