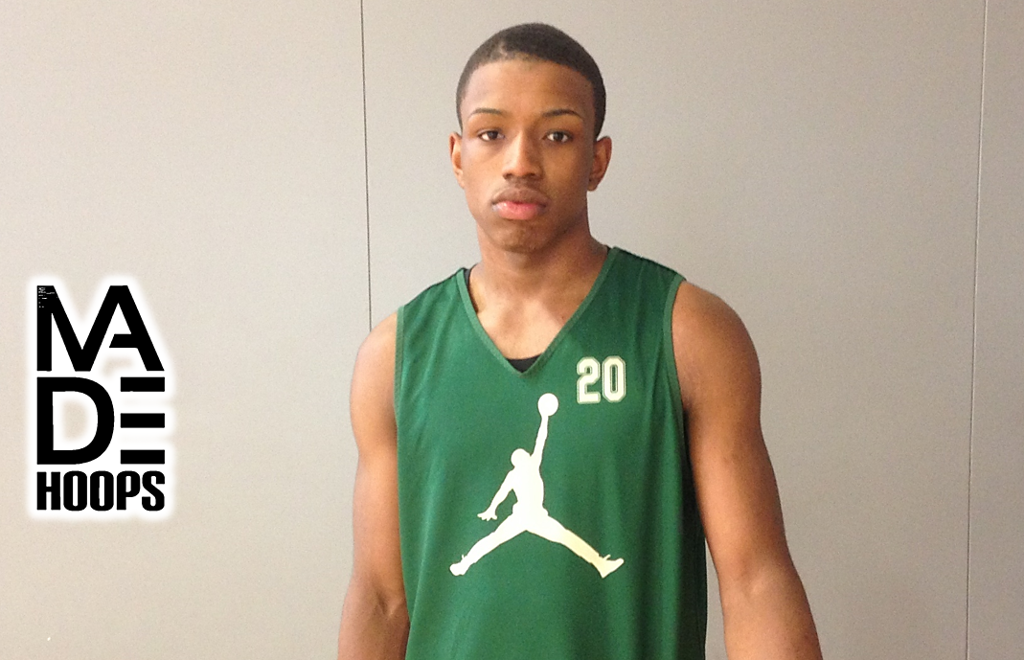 New York City point guard Isaiah Washington was very consistent with his play throughout CP3 Elite Guard Camp. The New Heights (NY) product seized the moment and picked up as many lessons as he could from Chris Paul.

“It’s been a good experience especially with having the chance to learn a lot from Chris Paul,” he said. “I got a chance to play against a lot of the top guards in the country and I just want to prove that I am one of the best here.”

Heading into July, Washington looks to come home with the Under Armour Association Championship.

“We have to win it all, we have to play together, play hard and let the game come to us,” said the New Heights point guard.

The class of 2017 prospect loves representing his home city of New York in whatever event he plays in.

“A lot of people say that New York basketball is watered down, but we have been picking it up lately,” said Washington. “It’s great to represent my city anytime I’m out at events like this and I just make sure I perform at a high level anytime I’m playing.”

Due to his high level of play recently, Washington’s recruitment has amped up.

“More schools have started to recruit me recently,” he said. “I got interest from Georgia Tech and Alabama. I also just picked up an offer from Texas A&M.”

Four programs have been after him the hardest lately.

“Minnesota, New Mexico, Seton Hall, Butler are the four schools that have been recruiting me the hardest lately,” he told MADEHoops.

He just came back from an unofficial visit to Minnesota, which he found to a great experience.

“I went on an unofficial visit to Minnesota a couple days ago,” said Washington. “It was a good visit and I like it out there. It was even better than I expected and it’s a good option for me.”

Washington isn’t looking to cut down his list of schools anytime soon.

“I’ll look to cut my list of schools sometime during my senior year of high school and move forward from there,” Washington said. “After I cut down my list I’ll then look for the best time to make a decision.”

There are a couple of main factors that will make up his decision.

“I just have to feel comfortable and at home with the school I choose,” he said. “I’d like for the ball to be in my hands and for them to have the same style of play that I have.”