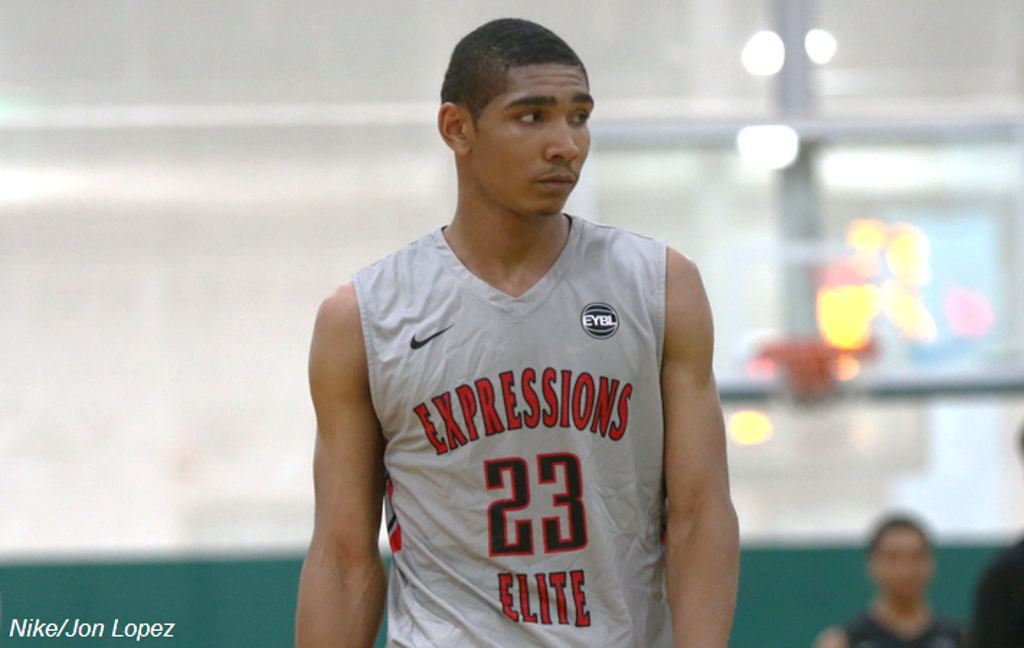 Highly regarded class of 2017 prospect Jermaine Samuels announced that he is down to five schools.

“Indiana, Georgetown, Kansas, Villanova and Duke have made my final list of schools,” said Samuels.

Samuels had an impressive spring and summer with Expressions Elite (MA) and a lot of high profile programs jumped into the picture in the last couple of months. The New England product broke down the final five schools that remain for him.

Indiana: “They have been telling me that they are going to develop me into the guard that I want to be,” he said. “They believe that they can help me fulfill my potential down the road.”

Kansas: “I haven’t had that much conversation with Bill Self, but I speak with the assistant coaches a lot,” he said. “I know that they want me and it is Kansas so there is a lot to like about their program.”

Georgetown: “First off, it is a great school and they have great history,” he said. “They are a school with a great academic and athletic background.”

Duke: “The opportunity to be coached by a legend I find to be very appealing,” he said. “They are a great academic school and I really think I can make an impact for them.”

The reigning national champions have made Samuels feel like a priority.

“The fact that they were recruiting me hard when I was injured means a lot,” he told MADE Hoops. “That shows a lot about their character and how much they want me.”

He took his first official visit this past week with the Wildcats.

“It was my first official visit so it was a really cool experience,” Samuels said. “I loved being on campus and meeting all of the guys. I got to learn more about the school and everything so it was really nice.”

The multidimensional guard doesn’t plan on rushing anything with his recruitment.

“My plan is to be patient and if I feel in my gut that I’ve found my school then I will go ahead and commit,” he said.