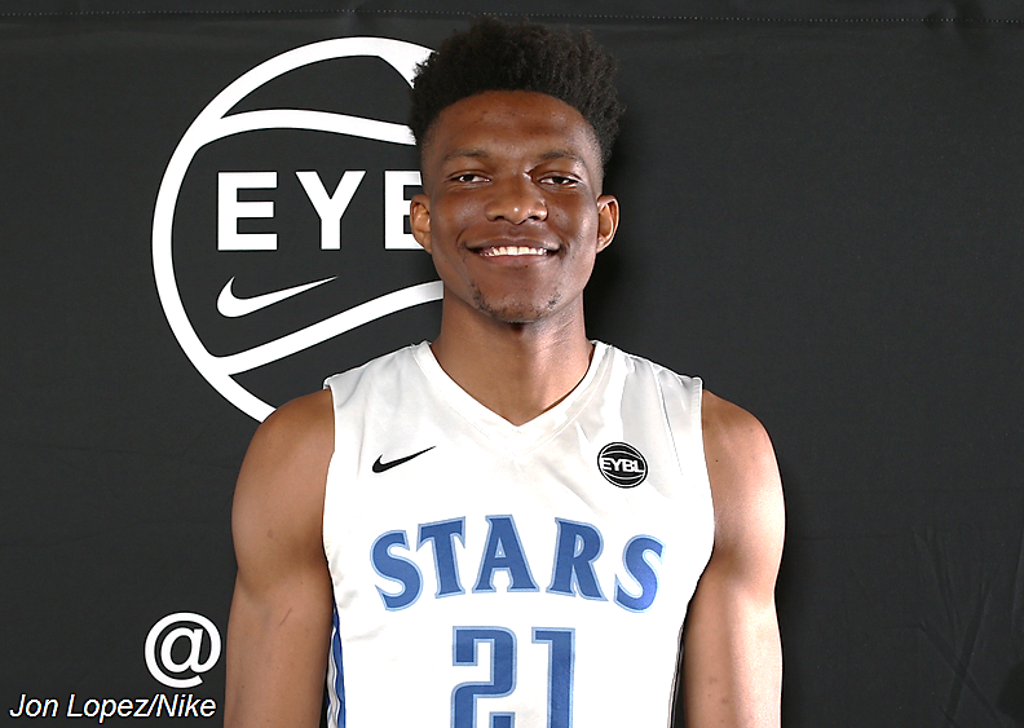 Ikechukwu Obiagu has set an official visit to Baylor for next weekend. (Photo: Jon Lopez/Nike)

One of the top class of 2017 centers, Ikechukwu Obiagu, has cut his list of schools down to six.

Obiagu has gone official visits to Georgia Tech and Maryland thus far. He has one more planned for next weekend.

“I have an official visit set for Baylor next weekend,” he told MADEHoops.

Obiagu broke down what he likes in each school remaining on his list.

Baylor: “The coaches have developed a good relationship with me and they do a good a good job utilizing their bigs on both ends of the floor,” he said. “They have a good history with their big men and I’ve been to the campus, which has a nice atmosphere.”

Florida State: “They have had a couple really good bigs in the past and have developed them in the right way,” he said. “I know the coaches well because I have been visiting the campus since freshman year. I am accustomed to their whole program.”

Maryland: “They have great coaches on staff and they are another school that knows how to develop their bigs,” he said. “Coach Turgeon has told me how he helped develop DeAndre Jordan, which intrigues me because of how good of a player he has become. They know how to utilize their big men on both ends of the floor.”

Long Beach State: “I haven’t been to the campus yet, but I think I am going to visit after Baylor,” he said. “I’ll be able to go there and play a lot of minutes right away. Coach Myke School is very involved with basketball in Africa so I have a very good relationship with him.”

NC State: “They have a very good coaching staff and I plan on checking out their campus sometime soon,” he said. “I’m looking forward to learning more about their school.”

Georgia Tech: “They are forty-five minutes away from home and I am familiar with a lot of the players they have on their team,” he said. “They have a new coaching staff with Coach Pastner and the others. I like their campus a lot, so they are a good fit.”