The I'm Possible Super Skillcase lived up to expectations

NEPTUNE, NJ – The I’m Possible Super Skillcase finished up Sunday night with its first installment of a day for high school instead of it just being a camp for middle school players. There was a variety of talent from all levels and provided great information for all scouts and media in attendance. It was a great experience as it provided excellent training from Micah Lancaster and high level competition. 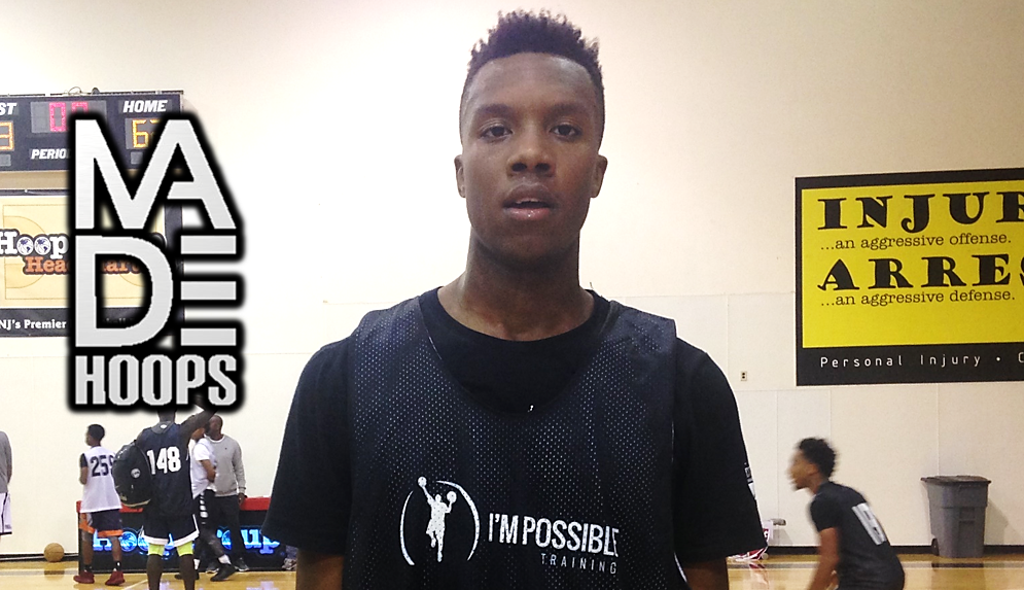 Louis King and several others shined at the I'm Possible Super Skillcase.

-The class of 2018 small forward improved as the day went on and showed an ability to score in many different ways. King stands at 6’7” so he is a matchup problem whenever he is on the floor. He holds offers from Louisville, Kansas, Indiana, UConn, Seton Hall, Syracuse, St. John’s and many more. He also has received recent interest from Kentucky.

-Nick Richards was the biggest name at the Super Skillcase and he definitely played up to it. The Patrick School (NJ) center was dominant in the paint and also showed an ability to make shots from the perimeter. With his long wingspan and strength, he rarely allowed any baskets in when he was around the rim. He will make his college decision this Thursday between Kentucky, Syracuse and Arizona.

-Class of 2017 Minnesota commit Jamir Harris shot the ball exceptionally on Sunday. Harris has the ability to shoot it off the catch and bounce. The next step for him is continuing to improve on his slashing ability. He will play a pivotal role in The Patrick School’s success this season.

-The class of 2019 wing came ready to play from the jump. As many already know, Lewis is an excellent athlete and he used this to his advantage in both the open floor and half court. He also showed that he is able to guard positions one through three very well. Lewis and a couple of his teammates have gone on unofficial visits to Florida and St. John’s recently.

-Winston is well known in the northeast, but could boost his stock when he gets onto the national AAU circuit. The New Jersey native showed improvement with his versatility as he did a lot more than perimeter shooting. He showed a lot of growth with his driving ability. Winston holds offers from Penn State, Rutgers, St. Joseph’s, Seton Hall, Pittsburgh and DePaul.

-Manuel’s stock stayed on the rise after his performance on Sunday. The class of 2018 power forward knocked down shots consistently and showed great touch around the rim. He transferred to The Patrick School (NJ) from Sunrise Christian Academy (KS) this year and should make a big debut this season if he keeps playing at this level.

-Gaffney had a great showing at the Super Skillcase as he continues to add more to his arsenal. The class of 2019 point guard is no longer just a perimeter oriented scorer, rather he has become a much more well-rounded playmaker. He holds offers from St. John’s, Bowling Green and Binghamton, but this list should grow going forward.

-Diallo was the breakout star at camp. He is a class of 2018 small forward that started to take his game to another level with the NY Jayhawks this past summer. Diallo has an excellent motor and is a supreme athlete. He will visit Rhode Island this Thursday and has received recent interest from St. John’s and UMass.

-Class of 2019 forward Dyondre Dominguez had a strong showing and was able to attack the defense by using his size and handle.

-Trey Patterson was one of the few eighth graders competing in the Super Skillcase, but this wasn’t apparent with his play. He has a very advanced skillset for his age.

-E.J. Evans showed his high level slashing ability once again on Sunday. The next step for him is improvement on his jump shot, but he continues to make strides.

-Class of 2019 La Salle players Zach Crisler and Konrad Kiszka were both very impressive. They both consistently made long range jump shots and made smart decisions.

-The Ranney School (NJ) was well represented by Ahmadu Sarnor and Alex Klatsky. Sarnor was very crafty around the rim, while Klatsky made shots consistently.

These are players that either boosted their stock or were observed by scouts for the first time and played at a high level.

These are players that had a strong showing in the morning session of training with Micah Lancaster.