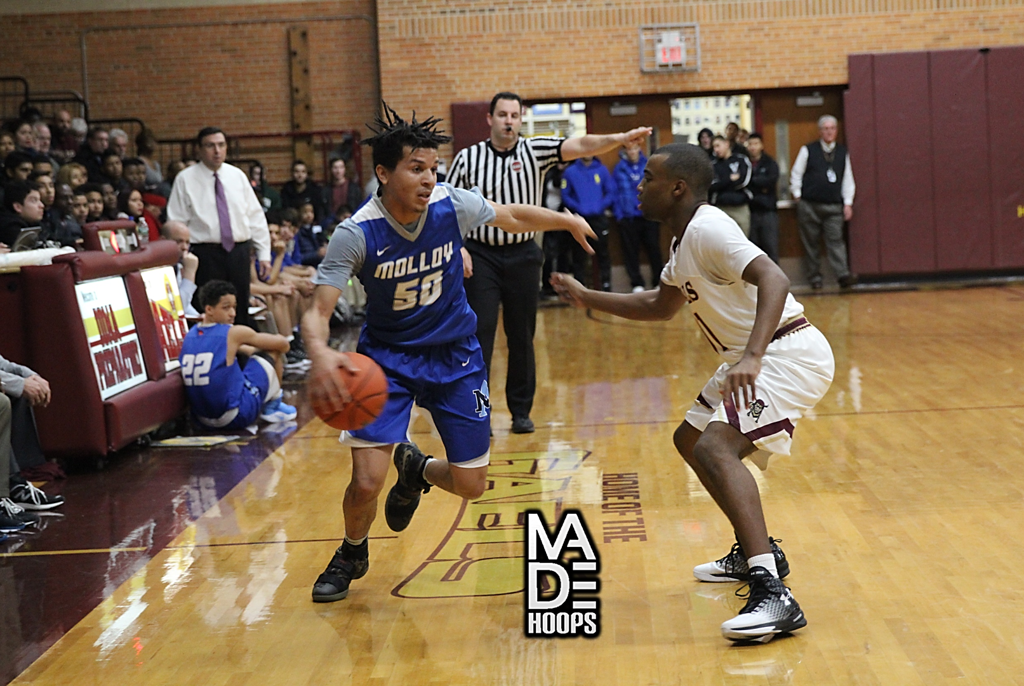 Class of 2019 prospect Cole Anthony had an excellent performance against Iona Prep (NY) earlier this week. The Archbishop Molloy (NY) guard finished the game with 31 points and led his team to a 69-66 victory. Anthony was happy to come away with a win on the road against a talented team led by high major prospect Bryce Wills.

“It was just a very good win, everyone on our team came ready to play,” said Anthony. “I have to give a big shout out to Khalid Moore with how he played great defense against Bryce Wills.”

The sophomore guard sees a lot of improvement with this year’s team versus last year’s.

“I think a huge difference from last year to this year was the development of each player individually,” he said. “For example, Moses Brown came back so much more skilled and better overall from last year.”

His coaches at Archbishop Molloy have given him more responsibility with this year’s team.

“My role is to go into each game and lead the team,” Anthony said. “I try to do a little of everything like score, make sure everyone gets involved and ultimately just win the game.”

During a trip down to Washington D.C. for a high school event, Anthony was able to attend a Maryland game.

“I was able to check out a Maryland game when our high school team was playing in an event in Washington D.C,” he told MADE Hoops. “It was a very fun experience and I took a lot away from it. Seeing a game on the college level, I know that I need to continue to work on my decision making and all aspects of my game.”

If they focus one facet of the game, Anthony believes that his team has a lot of potential.

“We just have to play together, if we continue to improve on that this team is going to go far and I don’t see anyone that can stop us,” he told MADEHoops.