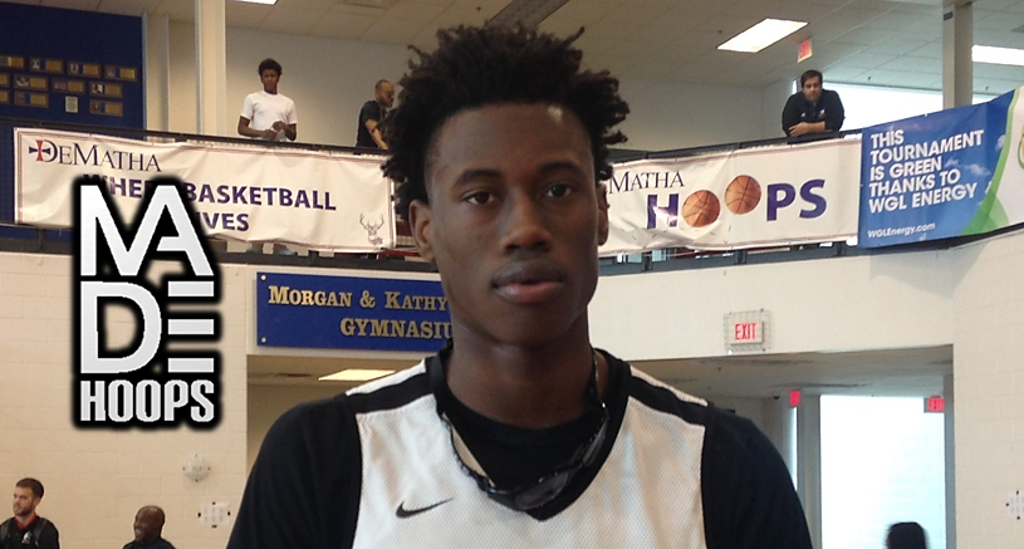 Jalen Smith, a 6'9" power forward from Mount Saint Joseph's High School in Maryland, has steadily improved as his high school career has gone on. He had a strong showing at the Metro Challenge against some of the best talent in the D.M.V. region. Smith named top notch schools from all over the country that are heavily involved with his recruitment.

Smith sees the Villanova Wildcats being a good fit for his style of play.

“I like that they don’t have traditional big men, all of their guys are perimeter players and anyone can take their defender off the dribble,” said Smith.

The class of 2018 power forward has a lot of respect for Virginia Head Coach Tony Bennett’s coaching style.

“I like the way Coach Bennett coaches his players, he doesn’t overreact and he knows that everyone makes mistakes,” said Smith. “He pushes his guys to make better decisions in the future and gives a lot of confidence to his players. He also focuses a lot on defense and I like that.”

Syracuse is another school that is deeply in the mix for Smith.

“I like the way Coach Boeheim plays, their two-three zone is deadly,” he said. “They are known for it and I like that they can get shots out of any play.”

Jim Boeheim recently made the decision to stay at Syracuse longer then he originally intended to. This decision factored into how Smith viewed the Orange as a possible landing spot for himself.

“At first I thought he was going to leave so it was kind of up in the air if I should go there or not,” Smith said. “Now that he is there for the long term they are in it for me.”

Miami has been involved with Smith’s recruitment since his sophomore AAU season. He believes that there is a lot to like about the Hurricanes.

“I like how they play hard, they are kind of small but they play with tremendous effort and never back down from anyone,” he said.

A local high major program in Maryland has made Smith a priority. He attended a home game of theirs when they took on Purdue.

“It was fun, the crowd was really into it and never let up even when their players were losing,” he said.