Quentin Grimes talks the latest with his recruitment 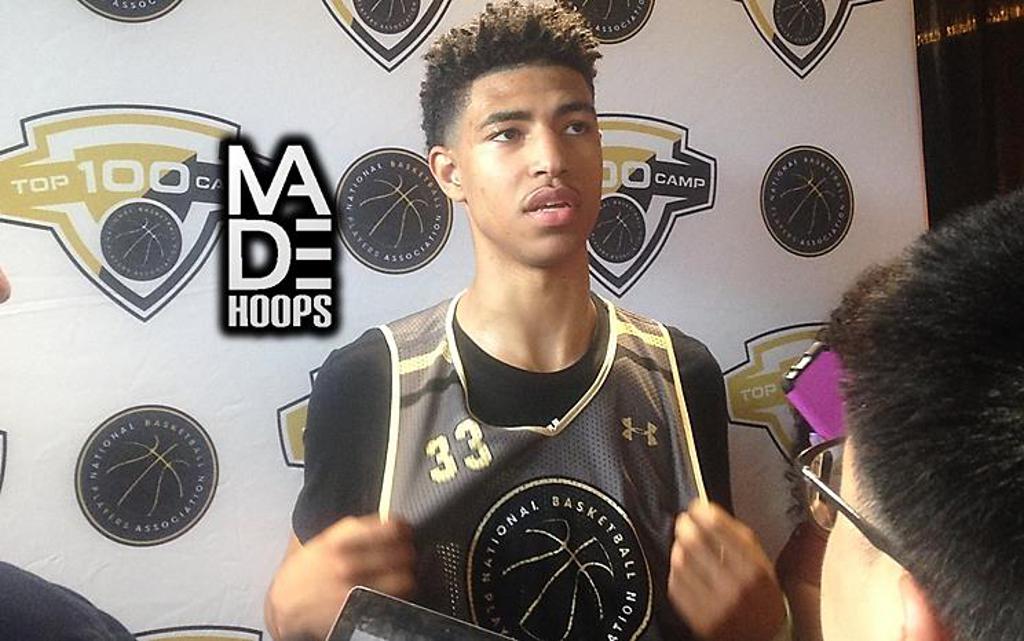 Texas native Quentin Grimes is at a place with his recruitment where he is trying to progress with the process. The highly regarded class of 2018 guard is trying his best to evaluate each school that is in the mix for him.

“It’s going well, I’m really just trying to narrow things down,” said Grimes. “I’m having a little trouble with some schools right now. There are some schools that have come into the mix lately and are pushing hard. I’m trying to find what I like in a school right now.”

Grimes is taking a lot more time nowadays in finding out information on each school recruiting him.

“I’ve been doing a lot more research on the coaches and the staffs,” he said. “I’m really trying to make some visits before July so I’m just trying to narrow things down.”

The Kansas Jayhawks are deeply in the mix for landing Grimes.

“I talk to Coach Self almost every week,” he said. “Almost every three days he calls me to let me know that I am a big priority to them, what his vision is for me and who they have coming in to play with me. They are probably one of the top three schools that are coming on me the hardest.”

He spoke on the two other schools that are recruiting him the hardest.

“I would probably say Texas with Coach Smart calling me every day and I would say maybe Arizona,” Grimes said.

Grimes has been in consistent communication with a player that will be suiting up for the Texas Longhorns next season.

He is impressed with the amount of players that are in Sean Miller’s rotation at Arizona.

“They are deep, they have a lot of depth at the guard and big man position,” he said. “They would definitely complement me because I can play the one, two or maybe the three so I definitely think it would work out well.”

Duke has been showing him heavy interest as Grimes and his family have been talking to the coaching staff recently.

“They’ve been coming on me heavy because I was sick the last three games of the first session,” Grimes said. “I was sick the whole second session so Coach K and Scheyer have been talking to my Mom and I a little bit. I think they were about to offer after the next second live period, but I missed it.”

He spoke on three schools that he plans on taking an official visit to.

“I definitely want to officially visit Kentucky, Kansas and Texas,” he said.

Grimes has an idea of which schools will make his next list cut, but he wants to make sure he does his research before releasing a list.

“I definitely want to cut my list down to around seven or eight,” said Grimes. “I kind of have a good idea of those schools, but I’m just trying to make sure that I have a good understanding with my Mom and I doing our research.”