R.J. Barrett talks on leading Canada to a gold medal - Breaks down the latest with his recruitment

R.J. Barrett talks on his recruitment and more 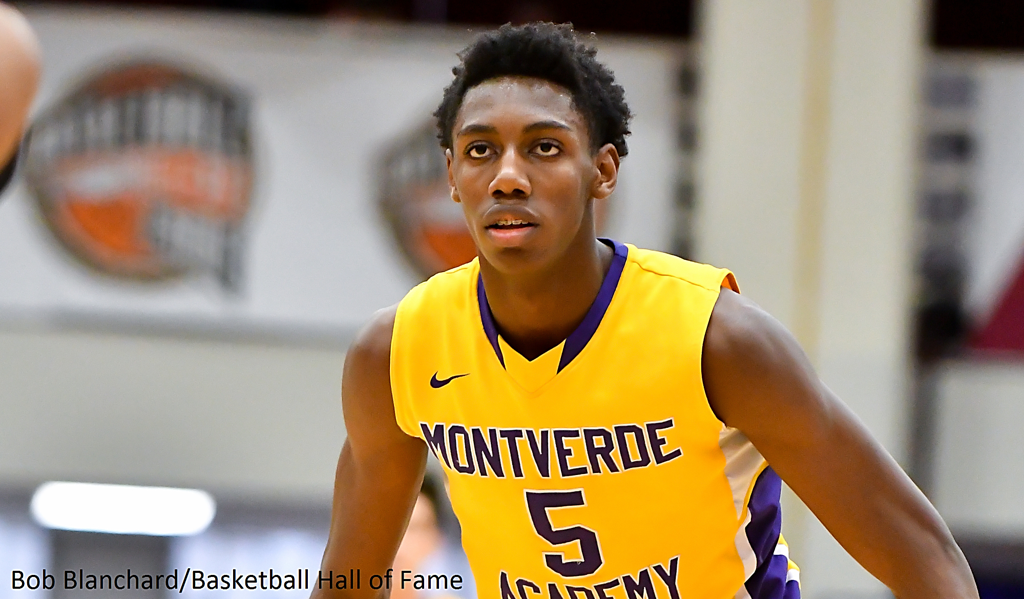 Class of 2019 shooting guard R.J. Barrett had some of the best couple of performances this summer with the Canadian National Team at the U-19 FIBA World Cup. This was a huge step in the right direction for Canadian basketball as Barrett led his team to a gold medal.

“It was great to bring home a gold medal for Canada, we have been looking forward to this moment for years and to finally get one shows us that we are takin g a lot of steps in the right direction,” Barrett said.

He was one of the younger players throughout the event, which didn’t faze him based on his experience at his high school.

“In high school at Montverde Academy we are always playing against older guys so I’m kind of used to it,” he said. “I never look at myself as a younger player so I just go out and play my game.”

On June 15, college coaches were able to contact class of 2019 prospects for the first time. Barrett fielded multiple calls from high major schools.

“Duke, Kentucky, Kansas, Arizona, UCLA, Oregon, Michigan and Texas were some of the schools that reached out,” he said.

Barrett will take the time to sit down with his father and cut down his list of schools.

“I think some point in August I will cut the list down just so I don’t waste anyone’s time,” he said. “I know everyone is out there doing their job recruiting so I want to make sure I respect that. I’ll do that after my father and I get a good chance to speak with them and understand what they are looking to do with me.”

He also mentioned that he will have a better idea of when he will be making a college decision during the high school season. A decision on whether he will remain in the class of 2019 or reclassify up to 2018 will come out next month.