Andrew Nembhard's recruitment has heated up 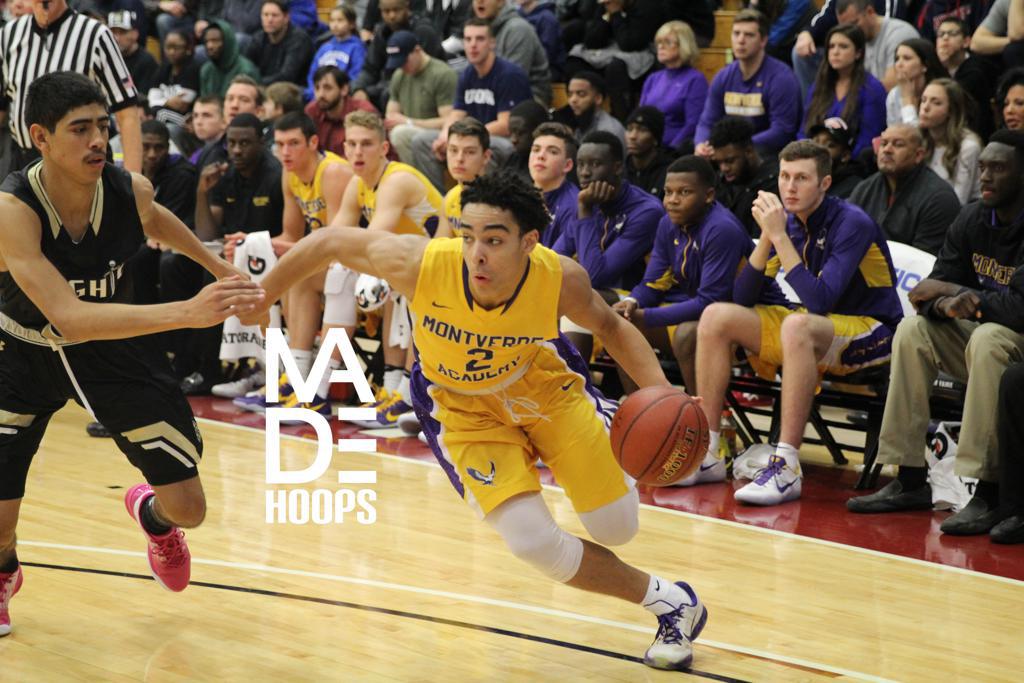 Andrew Nembhard is back on the court and his play has picked up right where he left off. The class of 2019 point guard spent time off the court with an injury, but went into the live period with a lot of confidence. He looks to use this same confidence heading into next high school season.

“I want to get in the gym, work on my game and make my perceived weaknesses my strengths,” said Nembhard.

Nembhard’s recruitment is as active as ever. Multiple college programs have been contacting him and his father on a consistent basis.

“My recruitment has picked up after the first live period in July,” he said. “College coaches have been contacting me and my dad more frequently.”

Eleven schools are the most involved with his recruitment at this time.

“The schools that have been making me a priority are Stanford, Florida, Gonzaga, Arizona, UConn and Virginia,” he told MADEHoops.

“I would like to cut my list in the fall as I head into the high school season at Montverde Academy,” Nembhard said. “No officials have been planned. Once the Montverde schedule is clearer those decisions can be made.”

“I’m looking to make a decision on reclassifying in August, before school begins,” said Nembhard.

He added that his recruitment is wide open right now. The Canadian native is a prospect to keep an eye on as he has a couple of big decisions ahead of him.