Nazreon Reid talks on the latest with his recruitment 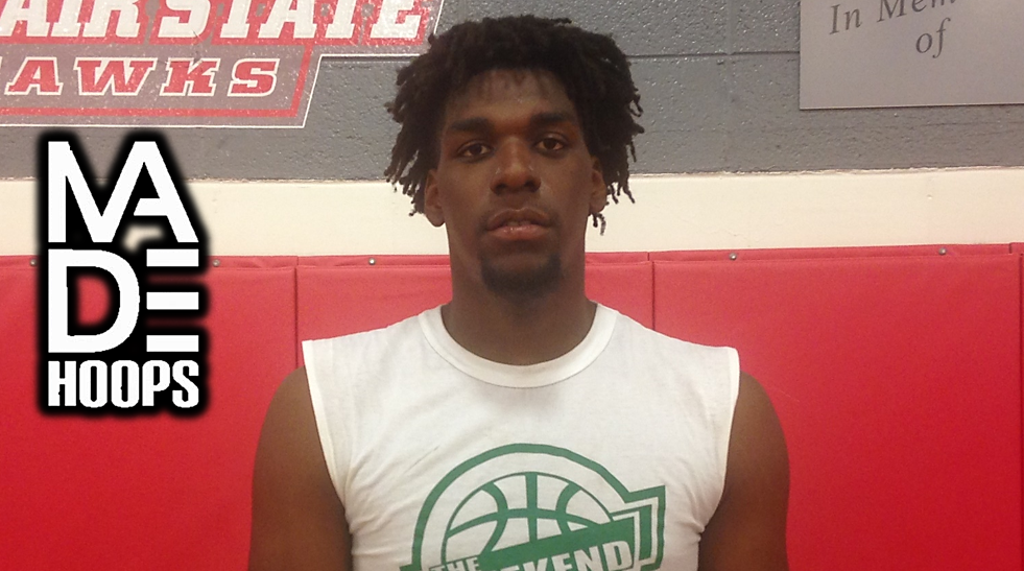 Class of 2018 power forward Nazreon Reid shined in the live period event “The Weekend” yesterday in his home state of New Jersey. Reid’s play has picked up this AAU season and he credits that to the work he has put in the gym this summer.

“I’ve been trying to step it up a notch and have been focusing on getting better every day,” he said. “I’ve been getting in the gym and competing in every way I can.”

He and his longtime AAU teammate Jahvon Quinerly are looking into possibly playing in college together. They are both planning to take two official visits together in the future.

Reid spoke on the likelihood on both him and Quinerly suiting up together in college.

“I would say if we have the chance to we will, we aren’t avoiding each other if we pick another school,” Reid told MADEHoops. “If we get the chance to play together we definitely will.”

Four college programs have the opportunity of landing them both.

“Kansas, Arizona, UCLA and Seton Hall are the schools that we are considering going together to,” he said.

Arizona has already been recruiting Reid for quite some time, but is starting to recruit him harder as head coach Sean Miller attended his game yesterday to watch him play. They have been impressed with his play and are hoping to see him continue to progress.

“They have been telling me to keep working, everything will come as long as I keep pushing myself,” he said.