Who performed well in the second July live period 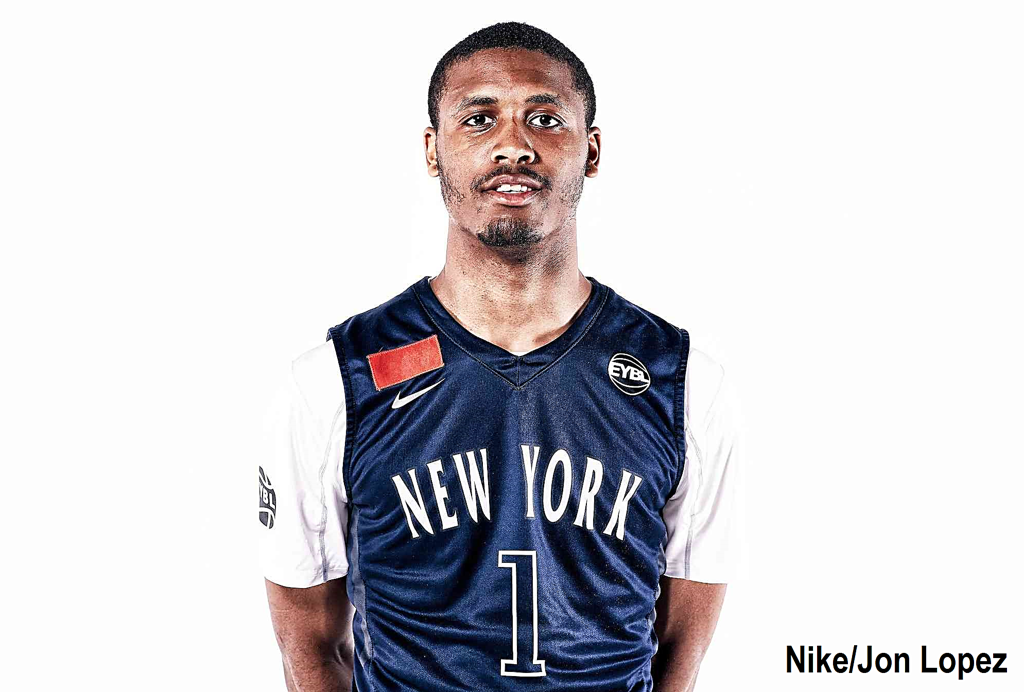 Class of 2018 small forward Talen Horton-Tucker was one of the more talented players at Oladipo Skills Academy. Tucker’s physical play coupled with his consistent jump shot was hard to stop for his opponents. Xavier Head Coach Chris Mack was in to watch him and saw a high-level performance from one of his biggest class of 2018 targets.

Luther Muhammad shined at Oladipo Skills Academy with his toughness and improved shot making ability. He was a vocal on both ends off the floor and showcased great leadership. Muhammad is an impressive playmaker and is hard to stop when attacking the lane. Ohio State, St. John’s, Notre Dame and Seton Hall are some of the schools recruiting Muhammad hard.

Koureissi was one of the more under the radar players at the Under Armour All-America Camp. He played with a lot of confidence and impacted the game in multiple ways. Koureissi is an intriguing prospect as he stands 6’7” and is comfortable playing on the wing. High major schools are starting to make him more of a priority.

Oklahoma native Keyshawn Embery took advantage of the big stage at Under Amour All-America Camp. He knocked down multiple shots and was effective off the bounce. After performing well at camp, Embery added offers from Arizona State, Texas A&M and Butler.

Bryan Antoine showed off his high-level skill set at camp, but he also played hard. He was productive on the offensive end with jump shot, but also did a good job breaking down defenders on the perimeter. After being one of the standouts at camp, the Duke Blue Devils extended an offer to Antoine.

NY Rens shooting guard Alan Griffin had a couple of high-level performances at the Hoop Group Summer Jam Fest. Griffin shot the ball consistently was most effective when playing downhill. He has done a good job adding more to his game in the past year and his performance at this event backed that up. Griffin has collected multiple offers so he will have many schools tracking him the last live period.

One of the biggest sleepers in the class of 2019 Naheem McLeod showed why he should be considered to be a high major prospect. McLeod has vastly improved multiple facets of his game. He stands 7’1” and is one of the better shot blockers in his class. Oregon and Saint Joseph’s were both in to see McLeod.

Bridge City wing Maceo Austin stood out with his scoring ability. Austin showed the ability to knock down shots as well as attack the defense off the bounce. He will become more of a national name as his high school career progresses. West Virginia has done a great job at making him a priority.

Class of 2021 forward John Kimuga was one of the more impressive younger players at the event. Kimuga played up on the NY Jayhawks 15u team. He is an impressive athlete and does a lot of damage from the wing and the post. Kimuga is definitely a prospect to watch in the class of 2021.

Roselle Catholic power forward Nazreon Reid stood out at The Weekend with multiple schools in to see him. Reid showed off his versatility with his play both on the perimeter and in the paint. He is one of the more intriguing prospects in the class of 2018 with his ability impact the game in a variety of ways.

Article: Nazreon Reid shines at The Weekend - Breaks down the latest on possible package deal with Jahvon Quinerly

Class of 2018 small forward Louis King may have had some of the most impressive performances at The Weekend. King used his size and shot making ability to his advantage by dropping 27 points against a talented team in the Patrick School. He has developed great chemistry with his teammates at Hudson Catholic and they are in a good position to take home the New Jersey T.O.C. this year.

Don Bosco Prep shooting guard Ron Harper Jr. had a breakout performance at The Weekend. The class of 2018 wing shot the ball and finished around the rim well. He is flowing a bit under the radar, but shouldn’t be for much longer. Nebraska recently offered Harper and they won’t be the last with how he has been playing lately.

Class of 2019 wing Justin Winston had a standout performance at The Weekend. Winston attacked the defense well with his tight handle and shot the ball well from outside. After his top notch performance at The Weekend, he picked up an offer from UConn. He decided this past year to reclassify from the class of 2018 to 2019, which will give him another year to develop as a player.