Exclusive: Jalen Carey commits to the Syracuse Orange - He discusses his decision with MADE Hoops

Jalen Carey tells MADE Hoops he has committed to Syracuse 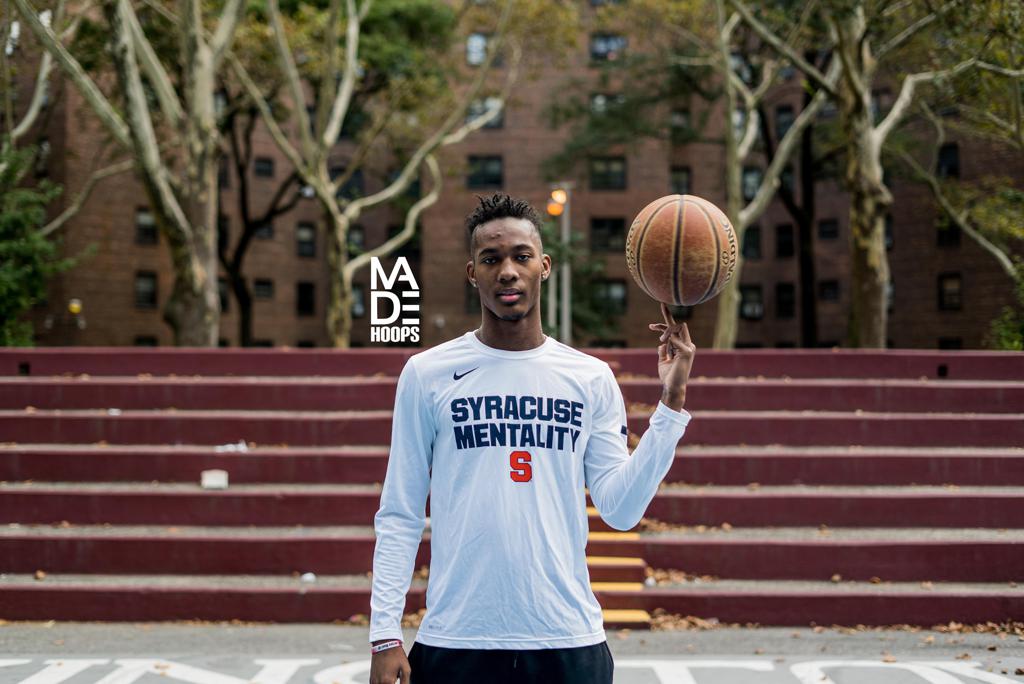 Jalen Carey announced his commitment to Syracuse University today. The class of 2018 guard was down to the Orange and the UConn Huskies. He was excited about the opportunity at both schools, but felt factors such as playing for a hall of fame coach in Jim Boeheim was too good to pass up.

“One of the main things was staying close to home,” said Carey. “I’m really cool with all of the coaching staff and there’s nothing like playing for a hall of fame coach. Jim Boeheim puts his players in the best positions to succeed and get to that next level. From Coach Autry, Coach McNamara and the rest of the coaching staff I really connected with them. Even if I have to stay four years I feel like I will still enjoy myself there.”

After reconsidering what he was looking for in a school, Carey knew he found his college destination.

“I just felt like Syracuse was the best fit for me and for my family,” he told MADEHoops. “At first, I wanted to get far away from home, but then when I really looked at it, Syracuse was the best place for me. My parents will also be able to get to a portion of the games, which was a big factor for me.”

Syracuse’s track record for getting guards to the NBA helped him make his decision.

“They tell me that they have had multiple guards make it to the NBA,” he said. “That was really good to see and made me more comfortable with my decision. With guys like Michael Carter-Williams, Dion Waiters, Tyler Ennis and more I know they develop their guards. I see myself succeeding there because of their track record.”

The coaching staff has told him that they will allow him to develop at a comfortable pace when he gets there.

“I was being recruited as a point guard by all schools, but I felt like Syracuse would put me in the best position,” Carey said. “Jim Boeheim is willing to let me play with the ball in my hands. They will let me make mistakes and learn from them. They want to get me to the next level and when you hear that from a hall of fame coach, you can’t beat that.”

Syracuse’s fans and atmosphere stood out to Carey on his official visit. He can’t wait to suit up for the Orange next year.

“It was a lot of fun because I actually know a lot of players on the team,” Carey said. “They introduced me to the fans and students, who came up and talked to me. The atmosphere there is crazy especially since they play in front of 30,000 people. You can’t beat that so I just can’t wait to be in a Syracuse uniform next year.”