Campbell talks to MADE Hoops on his four remaining schools 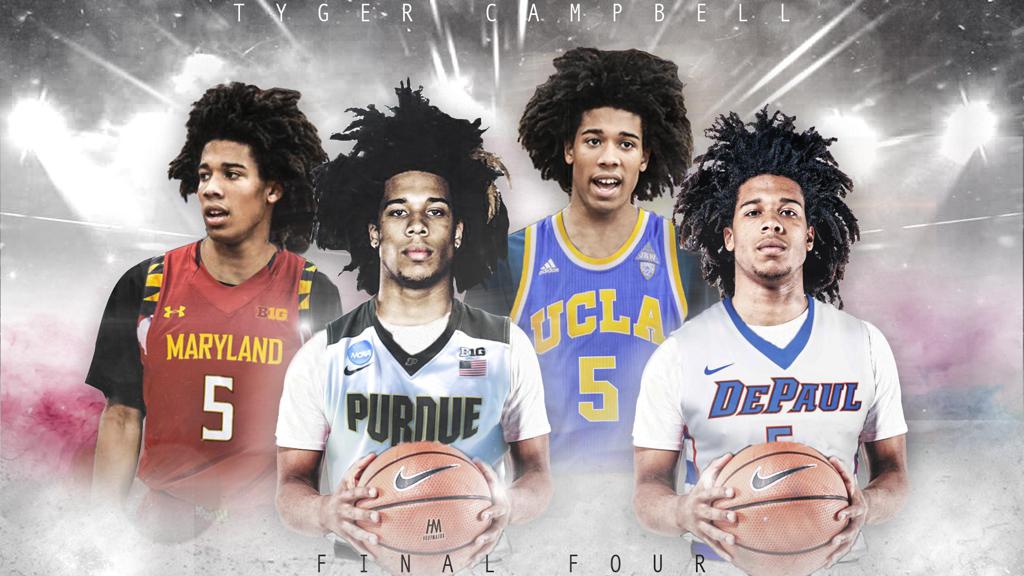 The La Lumiere School standout just returned from an official visit to UCLA this past weekend. He has grown to appreciate everything about the Bruins.

“Coach Alford and the staff have been nothing short of amazing in my recruitment,” said Campbell. “They came in a little later in the process, but they told me if I came to UCLA I would be playing in a power five conference and be on television every game of the season. I also of course love the amazing California weather.”

Campbell was previously committed to DePaul, but decided to open up his recruitment. He still finds them to be an intriguing option.

“I really like Coach Leitao and I’ve fallen in love with the city of Chicago,” he said. “The thought of helping out a program that isn’t at the top right now is just something I’ve thought about doing since I was a kid.”

“Coach Painter has been telling me that he’s always going to be straightforward with me and not beat around the bush so just the respect I have for that man is high,” Campbell said. “Purdue’s fan base is so great and not to mention they are losing a senior point guard so that definitely is a big draw for me.”

Maryland has identified Campbell as their current top point guard target for the class of 2018.

“Coach Turgeon is a great guy and his pitch is that I can come in and play alongside another great guard Anthony Cowan,” said Campbell. “In his history of coaching he has played two small guards and been successful.”

As we head into the final days of his recruitment Campbell will be looking at a couple of key aspects in each school to make his decision.

“I’m looking for a great opportunity, I don’t quite know what that opportunity is yet, but each school that’s recruiting me has a different draw for me,” he said. “It’s just going to boil down to where my heart is at and what I’m willing to sacrifice for my decision.”