MADE Hoops Alumni Series: The Rise Of Jalen Duren Began With The Winter Circuit

Beginning his freshman season at Roman Catholic High School (PA) in Philadelphia, 6'9" post Jalen Duren spent the summer making his case as the #1 prospect in the 2022 class nationally. Where did his journey begin? His rise to early stardom began two years ago during MADE Hoops 7eague action. 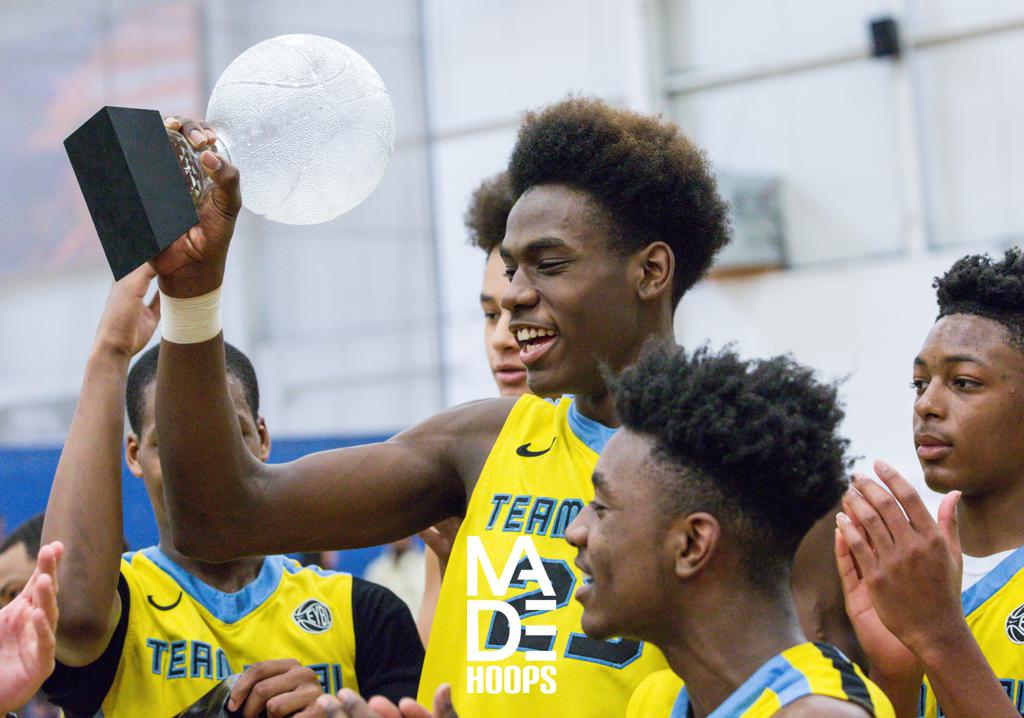 As the MADE Winter League began to take off a few years ago, an invite-only circuit which features both the Lea8ue & 7eague divisions of incredibly competitive basketball, it was clear that I needed to make the league a priority during the winter months so I could identify up-and-coming junior high talent.

In early January of 2017, I decided to make the six hour drive to their 2nd session in Springfield, Massachusetts. It was during that weekend I was able to first uncover rising star Jalen Duren, suiting up for Team Final (PA). At the time, he was easily the tallest prospect in the 7th grade division, standing in the 6'5"-6'6" range. While he was far from coordinated or dominant on either end, he showed promising finishing ability while blocking and altering shots at a high rate. The potential was certainly there for the big man hailing from Delaware, it was just a matter of continuing to grow and improve his skills.

Fast forward to MADE Lea8ue action this past winter, the fast-growing 6'8"+ monster became a dominant force, tearing through the circuit like a tornado, using his league momentum to put together a dominant 8th grade year while playing at the 15U level for Team Final.

"The MADE Hoops Lea7ue and Lea8ue benefited me as a player because it helped me compete with some of the best talent around the country in my age group. In 7th grade we made it all the way to the MADE Hoops Lea7ue Championship and lost, but then the following year we came back stronger and were able to win it all."

Stops at the MADE Hoops Middle School Academy and CP3 Rising Stars Camp this summer helped to solidify his standing among the elite prospects in the class, as he's now set to embark upon a touted high school career.

Pledging to Philadelphia Catholic League power Roman Catholic, along with elite freshman guard and very good friend Justice Williams, the hype surrounding the athletic and mobile big man has the City of Brotherly Love buzzing in anticipation. Is he potentially the #1 prospect nationally in a strong 2022 class? There's definitely an argument to be made.

Already holding an offer from Penn State, with interest from several other high-major programs, the supremely talented post prospect is looking to continue honing his game.

"I try to model my game after players like Anthony Davis and Marvin Bagely, since they are bigs who are very athletic and versatile and can take over a game whenever they want on both ends of the floor."

For now, you can expect the talented big man to immediately make a huge impact in Philadelphia as he continues to blaze his trail as potentially one of the best big men to come through the area in a very long time.

"My goals for my freshman year at Roman Catholic are to become a better player, win a Catholic League Championship, as well as a state championship."